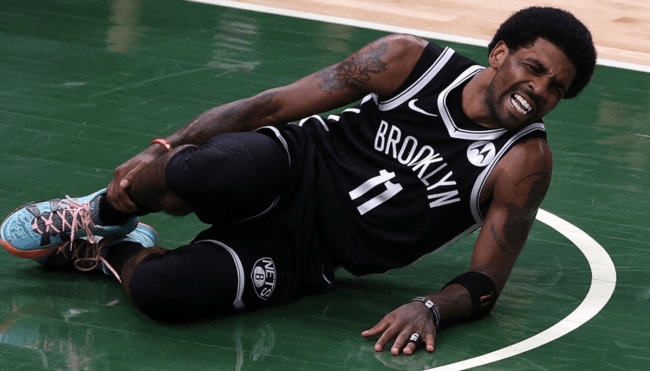 A lot of people have a tendency to minimize the absolutely brutal toll playing a sport for a living can take on a professional athlete’s body, and there are far too many fans out there who seem to think getting paid millions of dollars means you’re required to prioritize entertaining the masses over preserving your health and longevity.

It would be one thing if the people who feel that way were limited to idiotic sports radio callers and armchair physicians on social media. Sadly, that’s not the case, as you can apparently not only hold that opinion and get a job working in the NBA’s corporate office but wield enough influence to institute a leaguewide policy punishing teams for resting healthy players.

In 2017, the NBA’s Board of Governors attempted to address the tanking epidemic that was plaguing the league at the time by passing a measure that permitted Adam Silver to discipline teams who “sit healthy players for high-profile, nationally televised games.” While the fine was initially capped at $100,000, the policy was updated ahead of the season to permit the commissioner to use that number as a starting point (an option he ultimately never exercised, although he did penalize multiple teams in April).

The decision was a thinly-veiled crackdown on the confusingly controversial concept of “load management. That strategy became a hot topic of conversation a couple of years ago when Doc Rivers repeatedly allowed a healthy Kawhi Leonard to ride the bench before the NBA told him to knock it off by hitting the Clippers with a $50,000 fine. However, the timing of the most recent change was particularly puzzling when you realize players were coming off of an abbreviated off-season and diving headfirst into the condensed schedule that was rolled out to compensate for the pandemic.

So, how did that end up working out for the NBA?

LeBron James may have been a very vocal critic of the load management approach a couple of years ago, but it’s safe to say he’s changed his tune based on the scathing indictment he tweeted out after reports surfaced on Wednesday that suggested Leonard could be sidelined for the rest of the season with an ACL injury.

RIM REST rest before starting back up. 8, possibly 9 ALL-STARS has missed Playoff games(most in league history). This is the best time of the year for our league and fans but missing a ton of our fav players. It’s insane. If there’s one person that know about the body and how it

And I know all about the business side too/factors so don’t even try me! I get it.

Leonard is just one of the many superstars who’ve seen their season derailed as a result of physical setbacks. Is there any way to definitively prove the NBA’s urgency to resume play this season is the primary culprit in all of those ailments? Of course not, but in hindsight, it is impossible to justify the decision to double down on the resting policy just weeks before play tipped off.

The most ironic part of this entire thing is the primary goal of the rule was to maximize the marketability (and, in turn, profitability) of the regular season by ensuring the league’s best players would be front and center during games regardless of how meaningless they are. As things currently stand, I don’t see how you could possibly argue the league is actually producing the “quality product” it was supposedly promoting.

Only time will tell just how long the NBA will have to deal with the repercussions of one of the most impressive unforced errors in the history of sports, but if this policy somehow remains in place next season (and the people who played an instrumental role in instituting it still have the same job), something is very, very wrong.