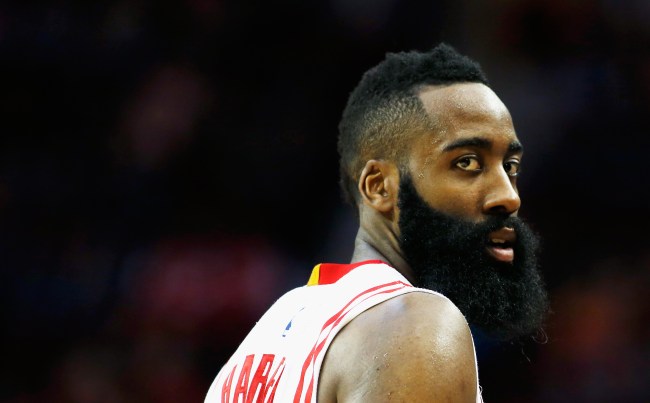 James Harden might not be able to play in the Rockets’ first game of the season due to a video circulating on social media.

On Tuesday a video of the disgruntled Rockets star attending a Christmas party at a strip club surfaced on Instagram.

He seemed to be having a very good time and was gifted with a Dior suitcase by the hosts, who couldn’t help but put him on their social media pages.

There doesn’t seem to be a mask anywhere in the video, but a lot of strippers.

According to ESPN’s Tim McMahon, the Rockets and the NBA are investigating to see if the video is recent and the league may force Harden to sit out the team’s season-opening game on Wednesday night for violating the league’s Covid-19 protocols.

Source: Rockets are working with NBA office to review video of James Harden at a strip club. If the video circulating on social media is verified to be recent, it is a violation of league's COVID protocols, which would put Harden's availability for tonight's opener in jeopardy.

From the NBA health and safety protocols: Failure or refusal to comply with the protocols may subject players and team staff to disciplinary action by the NBA or his or her team which may include a warning, fine, and/or suspension.