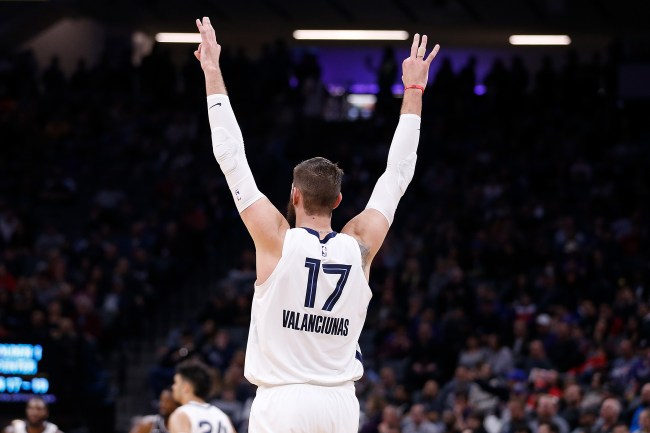 So there’s only one more opportunity to play DraftKing’s football. But fortunately, there’s still a ton of cash to be made on DK. You can win $100k entering a basketball lineup, for just fifteen bucks. Let’s take a look at three players I am going to include in most of my lineups, who can help vault you to the top of the leaderboard.

PG Jalen Brunson Dal $3800
All-star and MVP candidate Luka Doncic has been ruled out this evening, so there’s a lot of usage and minutes to be picked up. Enter Jalen Brunson, the backup point guard. When Doncic is off the court, Brunson averages 1 fantasy point per minute. If Brunson is announced as the starter as expected, he should see close to 30 minutes. If that happens, he should smash value for a really cheap price, and give you a great opportunity to pay up for a stud elsewhere. Make sure you keep an eye out to make sure he is starting though, if someone else starts instead of Brunson though, he becomes a much riskier play.

C Jonas Valanciunas Mem $6300
Jaren Jackson Jr has already been ruled out for the Grizzlies, which means there’s extra usage to go around, and more minutes at the center position available. Valanciunas is a point per minute monster, and with a couple of extra minutes thrown his way this evening, he should be able to crush at this discounted price. Jonas should easily double double, and have the upside to give us 40 points, and be one of the best values of the day.

Great value for everything other than dunking a mouthguard.

PF Kristaps Porzingis Dal $6800
As mentioned above, things change drastically for the Mavericks when Luka Doncic is off the court. Without Doncic, Porzingis becomes the focal point of the Mavericks offense. Facing a subpar Rockets team that plays at a fast pace, Porzingis should also be in line for a big game on the one year anniversary of his trade from the Knicks.

Luka Doncic will miss tonight's game at Houston. The Mavericks are 2-2 without him this season.

If you build your lineups around these three guys tonight, you should have a good start to a lineup to make a run at the top of one of these big tournaments on DraftKings. Check back next Friday, as we talk NBA again.