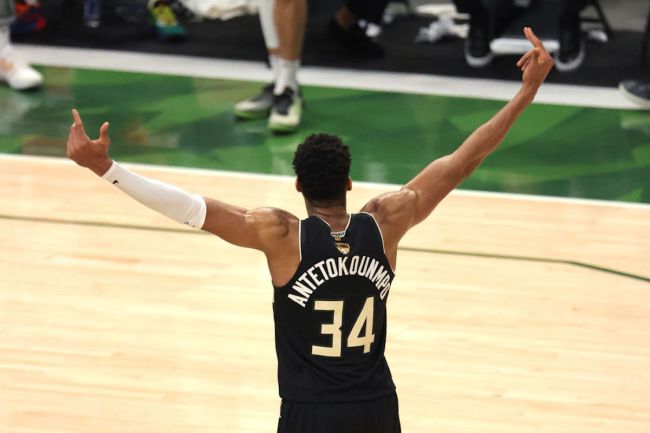 Given that we live in the over-sharing age of social media, whenever an NBA player goes off on a national stage, a handful of his colleagues will usually take to Twitter to give them props. Except, of course, when it comes to Giannis Antetokounmpo.

For whatever reason, there seemed to be a narrative that NBA players aren’t as supportive of Giannis as they are others because the 26-year-old Greek international chooses to go down his own path by not working out with fellow superstars during the offseason and things of the like.

That all changed following Game 6, though, as NBA stars flooded Twitter to big up Giannis, who absolutely dominated with 50 points and 14 boards. From LeBron James to Ja Morant, from Steph Curry to Draymond Green, NBA stars from coast-to-coast blasted out tweets showing Giannis love.

I don’t think we will ever see a player like Giannis again in our lifetime. He may be 1 of 1 and he a good human being. Really solid dude and a monster.

Live video of Giannis putting the team on his back! pic.twitter.com/gSpJ7BX4OR

At just 26-years-old, Giannis already has an NBA title, two MVP awards, an NBA Finals MVP award, a Defensive Player of the Year award, five All-Star appearances, and three appearances on the All-NBA First Team. The Greek Freak hasn’t even entered his prime yet he’s ALREADY a Hall of Famer.