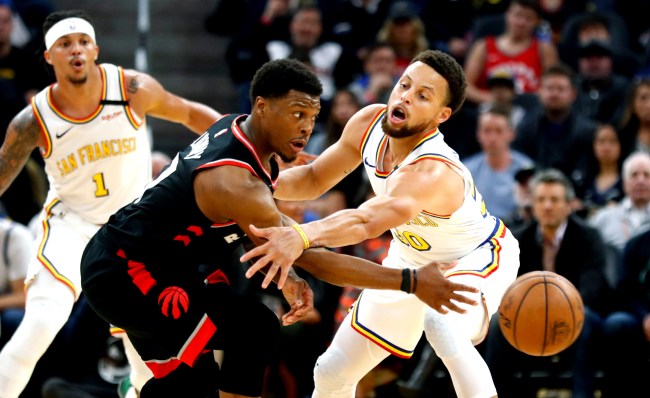 Earlier this week, Damian Lillard said he will refuse to play if the NBA opts for a shortened season and the Blazers don’t have a “true opportunity” to make the playoffs.

Also this week, Washington Wizards point guard John Wall, who has been out with an injury for over a year, announced that he is now “110 percent” healthy. However, he also said he will not be playing if and when the NBA returns to action.

Both Lillard’s Blazer and Wall’s Wizards each currently sit in ninth place in their respective conferences. Normally, that would mean that their teams would be one spot out of making the NBA playoffs. Normally. So should the league come back in a playoffs-only format this summer neither Lillard nor Wall will have to worry about whether to sit out or not.

Last week, Sam Amick of The Athletic reported that “the focus of the NBA’s Tuesday’s call with team presidents was on 20-team scenarios and the playoffs. Nothing firm yet, but momentum seems to be going against a 30-team approach.”

Amick also pointed out this week that there is growing concern about being able to house all 30 teams in Orlando as the league looks at restarting and playing games at the Walt Disney World complex.

This week, Ramona Shelburne and Adrian Wojnarowski of ESPN, added…

The NBA has yet to formally rule out the idea, but teams have become increasingly skeptical of the league bringing back all 30 teams to complete the season, sources said.

There is a playoffs-plus idea that includes 20 to 24 teams, with the NBA including more teams from the Western Conference than the Eastern Conference, sources said. The NBA is considering play-in possibilities with teams like New Orleans, Portland, San Antonio and Sacramento vying for the postseason, sources said.

Assuming the 20 to 24 team scenario happens, that would mean there’s a solid chance that teams like the Cavaliers, Hawks, Warriors, Timberwolves, Suns, Pistons, Spurs, Knicks, Kings, and Bulls may have already played their last game of the 2019-2020 NBA season.

How strange would that be?