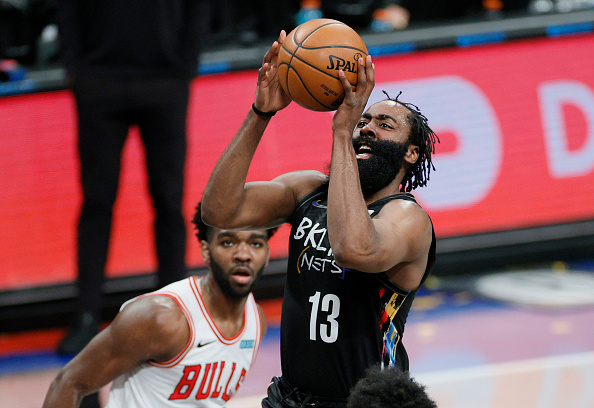 The worst part of the NBA, objectively, is when a player catches a defender out of position and launches his body into theirs, hoisting the ball up in the general direction of the backboard, drawing a foul, collecting three charity points, demolishing the flow of the game, and feeding fuel to the narrative that all the NBA cares about is offensive production.

James Harden falls on the sword for the majority of the NBA guilty of the same infraction while Trae Young and Luka Doncic snicker on the periphery.

This opportunistic tactic may no longer be rewarded, as the NBA’s competition committee met Monday to make a rule that will “further explore rule changes to restrict the unnatural motions surrounding jump shots that players are using to draw fouls,” sources told ESPN.

The NBA has shared a video compilation of player examples with the 30 teams that outlines a number of motions deemed unnatural that were used to draw fouls. The NBA and the competition committee will drill down on specific plays with the league’s GMs next week to target examples that will be recommended for owners to vote to eliminate next season, sources said.

There’s a plan for the committee to offer recommendations to the board of governors for a vote this summer, implementing rule changes before of Las Vegas Summer League in August.

Embiid after this rule change: pic.twitter.com/9VNTHusfmE

Hardens points about to be cut in half pic.twitter.com/QMq1wikXAX

Trae is gonna have some ferocious breakup sex with the unnatural motion for the rest of these playoffs lmao https://t.co/6sSjcKDVil