LeBron James, Steph Curry And Other Top Players Will Take On ‘IOU’s’ Next Season While Other NBA Players Take On Immediate 25% Pay Cut 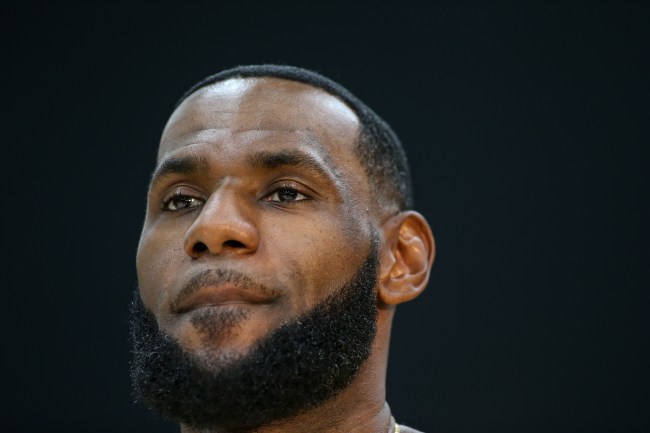 With the NBA season still on pause, teams around the league reduced player salaries by 25% on Friday, according to ESPN. The 25% decrease, implemented to decrease the likelihood of serious financial circumstances, equals a total of $30 million.

Of the 434 players under contract, 100 will have their scheduled paychecks drop by at least $100,000, which is no small number.

The pay-cut is temporary and was agreed upon by both the league and the players union.

ESPN’s report suggests that if the NBA does elect to cut regular-season games and jump right into the postseason, which has been an idea floated out there, the player pay cuts could got as high as 40%. This would result in an estimated $1 billion lost in player salary.

Teams will be responsible to refund their player pay cuts if the NBA season does resume play with no changes to the remaining regular season schedule.

What’s interesting about the situation is that not every player in the NBA will immediately see a pay cut. It’s a short list of players, but it’s a noteworthy one, consisting of LeBron James, Steph Curry, Paul George, Kevin Durant, Blake Griffin, and John Wall.

All six players have rather friendly contracts in the fact that they have already been paid in full this season. They won’t avoid the pay cuts in the long-run, however, instead they will have ‘IOU’ paychecks for the 2020-21 season each time there is a 25% reduction.

“Three other top-10 earners — Russell Westbrook, Kyle Lowry and James Harden — will not face the full 25% reduction because they received salary advances in the offseason,” according to ESPN. “While Chris Paul and Westbrook both make around $38 million this season, Paul will have $401,109 reduced from his May 15 paycheck and Westbrook will lose $200,555. However, Westbrook will owe the Rockets $200,000 in 2020-21 salary.”

I would not want to be on the NBA’s accounting and payroll team right about now. Truly unprecedented times indeed.