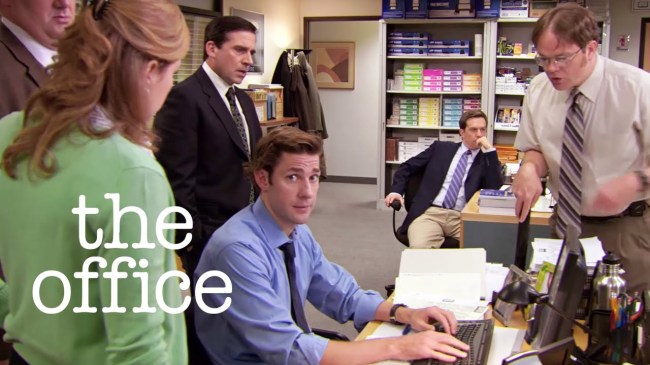 The Office aired its last episode on May 16, 2013. However, thanks to streaming services like Netflix, six years later the show is arguably more popular than ever.

Heck, The Office’s YouTube channel is still cranking out videos using the best clips from the show that are watched by millions of people weekly.

Which is why, six years later, this Twitter thread created by the Washington Wizards’ social media team which compares all 30 NBA teams as scenes from The Office is just as funny now as it would have been half a decade ago.

For instance, remember the scene where Dwight sends maintenance worker Nate out to take care of a hornet’s nest in the parking lot?

Then there was that scene where Erin says to Gabe, “Can you stop talking? Cause every word out of your mouth is like the squawk of an ugly pelican.”

How about when Jim dressed up as Dwight and started talking about one of his favorite subjects, bears?

This next one was just too easy.

How about that time Michael chronicled his visit to New York?

So good. Check out the rest of the A+ NBA/The Office comparisons below.