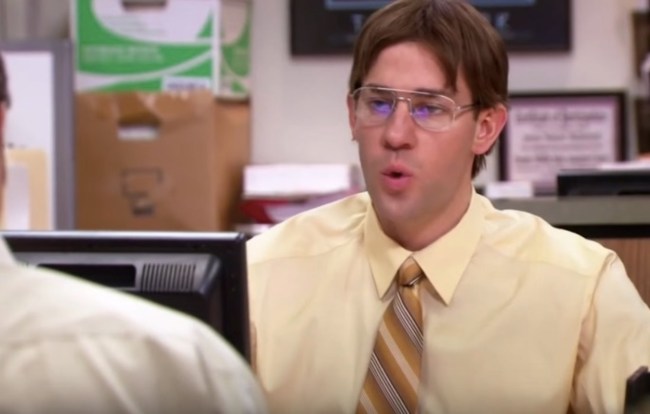 It has been 2,167 days since NBC’s The Office bid farewell to fans when the Season 9 and series finale aired on May 16, 2013. Since then, fans have gotten their fill of The Office on Netflix and reruns on Comedy Central where the show lives on thanks to extreme binge-watching.

The Office was a show of relationships. Inter-office relationships, friendships, love affairs, and feuds. Jim and Dwight’s bromance has been well-documented as one of the best friendships-bromances-feuds on The Office. Just last week I posted this tribute clip to the very Best of Dwight and Jim’s Bromance which was a glorious walk down memory lane.

This week, the show’s official YouTube channel dropped this tribute to the all-time Top 10 Pranks from The Office and it’s spectacular. In fact, if you’re ever thinking about turning someone onto the show who hasn’t started watching it yet then you could just start with these 10 episodes and you’d be golden with your recommendations.

Recapping those, from 10 through 1:

I kind of think this clip should’ve been retitled as ‘Jim and Dwight’s Top 10 Pranks’ because they were directly involved in all of them, but I guess it was always those two doing the pranks so there’s really no sense in clarifying there. As funny as Michael Scott/Steve Carell was, he wasn’t a successful prankster.

Personally, I would’ve ranked Asian Jim as #1. The sheer amount of time that would’ve gone into successfully pulling off a prank like that makes it #1 in my book. The ‘Jim Impersonates Dwight’ one was great and it really triggered Dwight but it didn’t take a ton of explicit training.

All Jim needed to do in order to pull this one off was go to Target and pick up Dwight’s outfit. He’d worked across the desk from him for years and was always prepared to mimic Dwight whereas ‘Asian Jim’ required training their ‘actor friend’ on every aspect of Jim and Dwight’s life spending countless hours going over tiny details.

CHECK IT OUT NEXT:

— The Most Underrated Character On ‘The Office’, Creed Bratton, Gets The ‘Best Of’ Compilation He Deserves

And you can always scroll back and check out all of The Office archives here on BroBible by clicking that link!