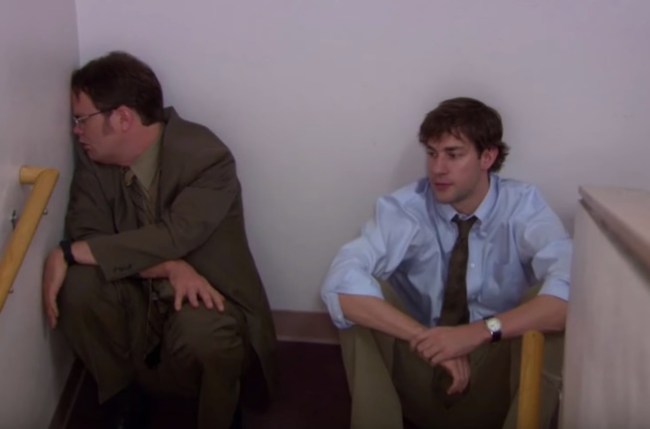 When people think of characters on The Office they often put them in pairs. Jim and Pam. Michael and Dwight. Michael and Jan. Dwight and Angela. Ryan and Kelly. The list goes on.

It was a comedy that lured fans in with inter-office relationships and one of the most overlooked bromances on the show was Jim and Dwight. In real-time, it often looked like their friendship consisted of Jim pranking Dwight and Dwight trying to get Jim fired. But if you look back at the span of their friendship under a closer lens you can see that the bromance was real.

Even though it’s been 2,163 days since The Office series finale aired the show has lived on through binge-watching on Netflix, reruns on Comedy Central, and their official YouTube channel continues to pump out tributes like this one below. This walk down memory lane pays tribute to the moments where Jim and Dwight showed their true colors to one another from that epic volleyball game to the final moments of The Office:

Now I KNOW you love this and you want to see some more clips like this. Don’t fret, I’ve got you covered. We’ve got a large catalog of these tributes from The Office here on BroBible and you’re welcome to check out all of them:

Want some more? Check out all of The Office content on BroBible.