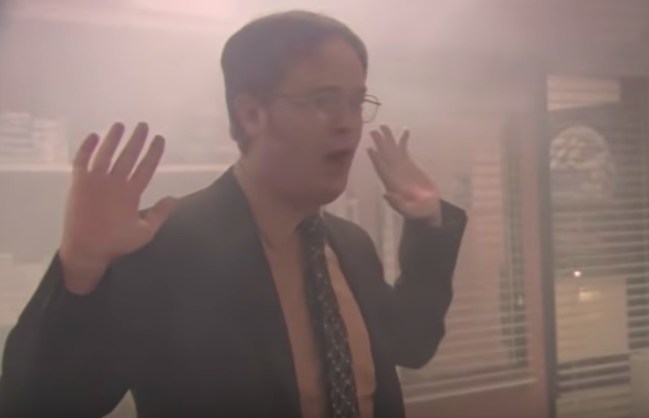 If you thought Toby Flenderson was a worthless killjoy of Dunder Mifflin, consider this: Toby, played by Paul Liberstein, wrote the fourteenth and fifteenth episode of the fifth season of The Office, titled Stress Relief. The two-part episode aired together immediately following the broadcast of Super Bowl XLIII (2009), in hopes of attracting new viewers to the series with an extreme episode.

And extreme it was. The series featured Dwight Schrute staging a fire in the office and shit hitting the fan from there. Poor Stanley suffers a heart attack, a cat is thrown through a ceiling, and Michael Scott puts on a roast of himself. Stress Relief are the most viewed episodes of The Office, with 22.9 million viewers tuning in and Time Magazine dubbed it the best overall television episode of any series in 2009.

The hilarious two-part episode got a viral makeover, with a Twitter user re-cutting clips and overlaying spookly music to transform it into a horror film. At the time of me writing this, the tweet has 292,000 likes and 88,000 retweets. It deserves an Emmy or an Oscar or a Golden Globe or whatever trophies Hollywood elite give themselves to jerk themselves off.

I removed all the jokes from the fire drill scene from The Office and added scary music to see how much I could change the tone pic.twitter.com/pBrGNEK53e

So many lives lost in the Dundler-Mifflin fire of 2009

I know it’s considered “a joke” but I still wanted to see Angela’s cat fall through the ceiling.

This ruined my night

Another feather in the cap for the internet.