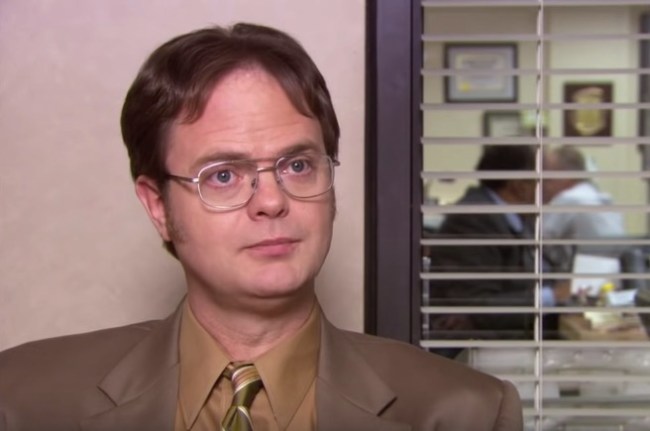 NBC’s The Office is one of the most binge-watched comedies of the past few decades thanks to a rabid cult-like following on Netflix. The show deservedly won 45 awards (186 nominations) between 2005 and 2013 because the writing was just as clever as the acting was stellar.

The Office never would’ve seen such commercial success without Steve Carrell’s take on Michael Scott as the lead character or without Pam and Jim’s romance over the years. Likewise, The Office would not have gone down as one of the greatest TV comedies in history without Rainn Wilson’s take on Dwight K. Schrute.

If there was ever a spin-off show from The Office I think the one and only character it would’ve worked for is Dwight. He was always the only character who had an absurdly developed backstory from Day One. We learned details about all of the characters throughout the years as the show progressed but it was always evident that Rainn Wilson knew Dwight K. Schrute in and out from the first day of filming and that came through in the best of ways.

Dwight K. Schrute, the beet farmer, was one of the greatest characters ever written and NBC’s official YouTube channel for The Office just dropped this quick supercut which pays homage to his best moments on the show.

Fans of the The Office like myself have been very appreciative that NBC has kept the show’s YouTube channel alive in recent years. They regularly drop supercuts like the one above. Besides the Dwight K. Schrute compilation above, one of my recent favorites is this supercut of all the times Michael Scott misquoted things. This was always a running gag on the show and one that translates perfectly to a compilation video.

Given that we’re approaching the 2018 Holiday Season I have to think that NBC’s just a few days (weeks?) away from dropping a ‘Best Of Christmas Parties’ compilation from The Office. The Christmas party episodes were always a main focal point of each season, an episode that the writers always looked forward to the most.