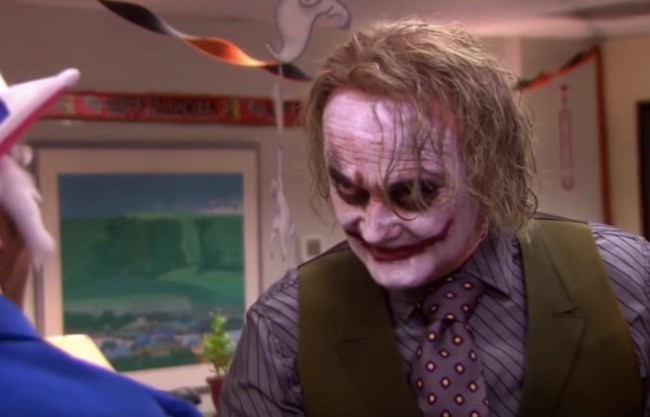 NBC’s The Office is the 37th most popular TV show or movie on IMDB. Thanks to Netflix and Comedy Central, the show has a second life.

Sure, it was wildly popular when it was on television from 2005 to 2013 but the show definitely took a hit when Steve Carell left as Michael Scott and the show pushed on with Andy Bernard taking over the day-to-day office operations and really taking his character to a dark place for a few episodes.

If you had to name the most pivotal characters on The Office the obvious ones are Jim, Pam, Michael, and Dwight. The secondary characters would be people like Kevin, Angela, Oscar, Ryan the Intern, Kelly, and Creed. You’ve got another list of tertiary characters like Robert California, Jan, David Wallace, etc. But it’s one of those secondary dudes we’re here to pay homage to today.

Creed didn’t always get as much camera time as the other characters in The Office but he appeared in 180 out of 188 total episodes (41 more eps than Steve Carrell). He was there until the end and he only got weirder over time.

NBC’s official YouTube channel for The Office just released this supercut paying homage to Creed Bratton and his weirdest moments on the show. I happen to believe that this is a perfect way to pay tribute to probably the most underrated character on the show.

If you enjoyed that then methinks you’ll probably be into some of the other compilations that The Office YouTube channel has released lately like this one from earlier on the week of Dwight Schrute’s Best Moments. A personal favorite of mine is this compilation of all the times Michael Scott misquoted things:

Want some more? Check these out: