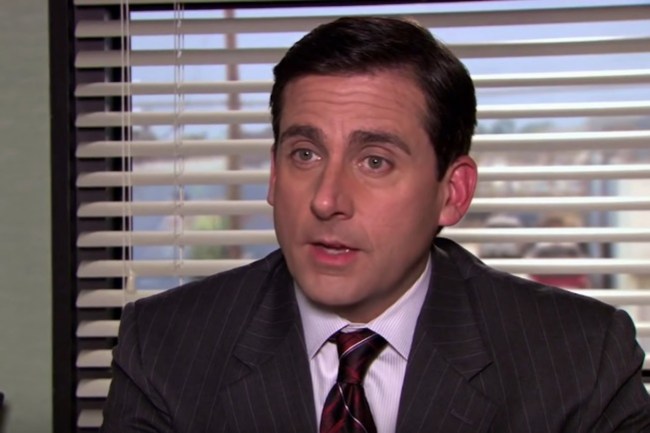 It has been 2,153 days since The Office series finale aired and the show ran its course. Despite it having been almost 5 years and 11 months, it feels like the show lives on today because it’s always on Comedy Central and it is probably the most binge-watched show on Netflix.

Steve Carrell’s Michael Scott left the show in the later seasons before coming back for the finale but HE WAS The Office. That show would’ve never taken off without him. Steve Carrell caught lightning in a bottle with his twist on Michael Scott and to this day he’s one of the most quotable characters in TV history.

Despite not having any new episodes of The Office in 70 months and 23 days, their official YouTube channel continues to pump out new supercuts and clips on the regular. I post them here on BroBible pretty regularly when they’re a good fit and this one is spectacular.

Here’s a look back at the 10 best Michael Scott quotes of all time complete with each accompanying scene:

To recap, The Office chose these as the 10 best Michael Scott quotes of all-time:

If you enjoyed that then you’ll likely enjoy these as well:

Which Character From ‘The Office’ Would Make The Best Drinking Buddy? We Ranked Every Single One

You can check out all of The Office-related content on BroBible by clicking that link and taking a walk down memory lane!