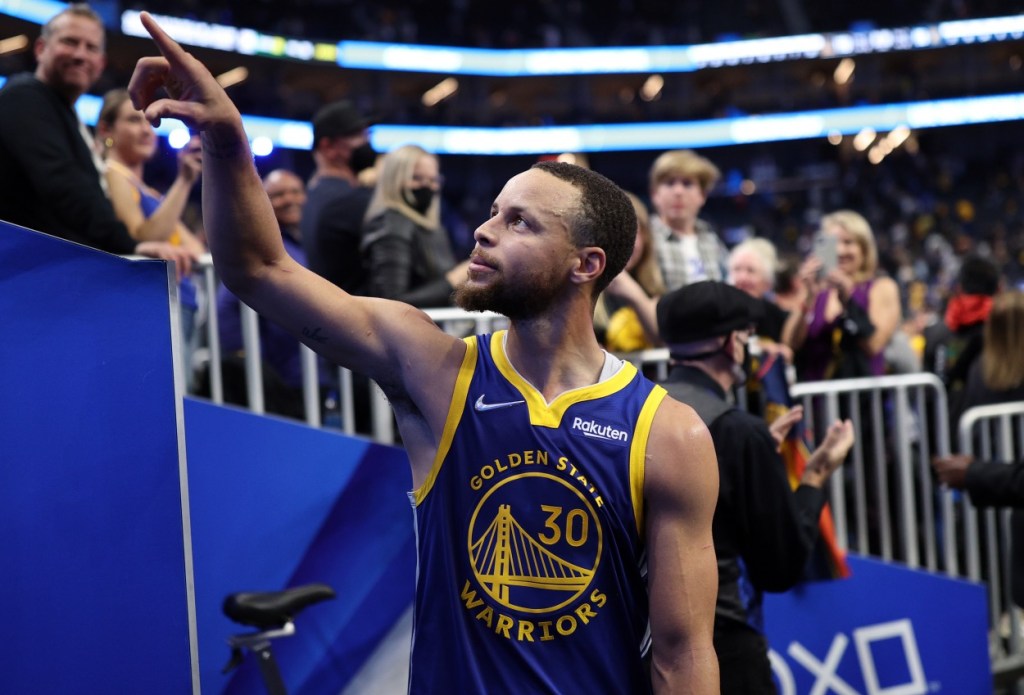 It has been 13 years since the Golden State Warriors drafted Steph Curry from the Davidson Wildcats with the 7th overall pick in the 2009 NBA Draft. At that time, Steph was *this close* to graduating from Davidson which is one of the best colleges in the South but he paused his classwork to prep for the NBA Draft and his last few credits sat unfinished until now, not too dissimilar from Jameis Winston’s recent graduation.

Steph Curry reenrolled in Davidson this Spring to complete the few remaining credits he had left and proved he is capable of doing anything and everything. Keep in mind that he did this while leading the Warriors to ANOTHER Western Conference Finals after beating the Grizzlies in 6 games.

Davidson College held its Spring graduation over the weekend and Steph Curry finally received his diploma in absentia, meaning he wasn’t physically in attendance, but his mother and others were there to cheer him on. Steph shared videos from the Davidson graduation and received congratulatory messages from the sports world.

Dream Come True!! Class of 2010….aka 2022 but we got it done! Thanks to my whole village that helped me get across the finish line. Made the promise when I left and had to see it through. Official @davidsoncollege alum 🙌🏽 Momma we made it! #greatdaytobeawildcat pic.twitter.com/vRRo77Mkx5

Steph Curry is officially a graduate of Davidson College 👏

LOOK WHO IS GETTING HIS DIPLOMA FROM DAVIDSON TODAY!!!! Congrats on the major accomplishment my dude ⁦@StephenCurry30⁩ pic.twitter.com/5s11pQD687

Here’s an explanation from Davidson College about how Steph reenrolled to complete one semester and worked directly with two West Coast members of the Davidson faculty to complete his requirements.

And now, a Davidson grad 🎓✅

The slump is over. He’s a graduate. Now Luka and my Mavs will need to figure out how to shut down the Warriors…

It was never a shooting slump. Steph stayed up all night cramming for tests. College grads understand pic.twitter.com/zYodZQeTtm

The slump is over. He’s a graduate. Now Luka and my Mavs will need to figure out how to shut down the Warriors…

It was never a shooting slump. Steph stayed up all night cramming for tests. College grads understand pic.twitter.com/zYodZQeTtm

It’s never too late to go back to college. If Steph Curry can do it down the season stretch and in the middle of the NBA Playoffs, hopefully, he can inspire a few people to go back and finish their degrees as well.