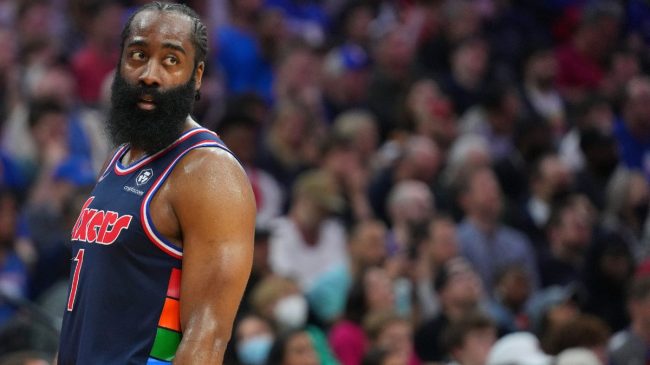 If a recent report from Bleacher Report’s Jake Fischer is true, you can expect James Harden to be back in Philadelphia for the upcoming season.

The NBA insider states, per sources, that the guard is planning to sign with the team on a “shorter term deal” when free agency begins. This allows both sides the best opportunity to compete for an NBA championship.

Harden’s future in Philadelphia has been a topic of conversation ever since the team’s exit from the NBA Playoffs. Now, it seems he’s locked in for the next few seasons.

Fischer reports that the Sixers have been hesitant on offering Harden a full, four-year contract extension. Instead, they’re looking at a potential two-year deal, which would begin after Harden’s player option in 2022-23.

This would also give Harden a bit more flexibility on future movement should things change in his situation with the team.

Sixers ownership, though, has been resistant to the idea of giving Harden a full four-year maximum contract extension beyond his 2022-23 option season, sources told B/R, or the five-year deal that Harden would be eligible for if he chose to decline his $47.4 million player option for next season. Signing perhaps a two-year extension after his option season to create a new three-year framework would also provide Harden with greater optionality for his own career.

The two sides are also said to be exploring scenarios in which Harden takes less than max money to help the team build around him and Joel Embiid.

Expectedly, this news has made waves in the NBA world.

NBA world reacts to James Harden staying with the Sixers

This would be the best case scenario for Philly. Five years, $260 million for James Harden would be insane. https://t.co/FX0UlK1q45

While many are excited for both Harden’s return and his working with the team to help improve the roster, others still have their doubts.

I'd rather not see him here period, but it least it's not a Max deal. https://t.co/Q8bmnNVNLE

Best case scenario for the Sixers is Harden opting out, this is the second best option https://t.co/NBmeSFfsgi

We’ll see how it all shakes out for Harden and the Sixers moving forward.