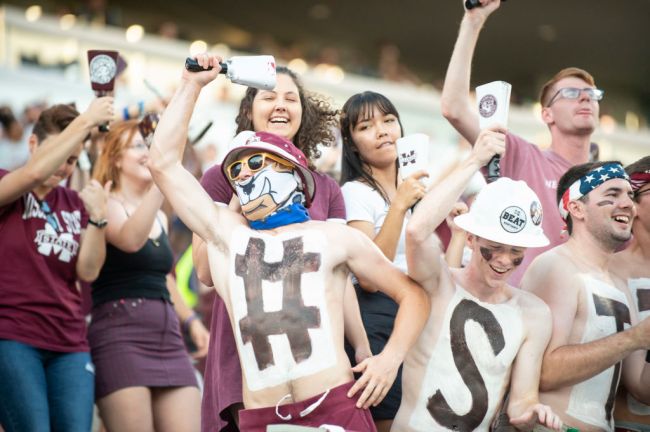 NC State is going to be exposed to the horrifying sound of thousands and thousands of cowbells ringing simultaneously during its visit to Starkville on Saturday. There’s no better way to prepare yourself for those cowbells than to be exposed to them early, which is exactly what Wolfpack coaches have done this week during game prep.

The team’s quarterbacks take written tests each week about the upcoming game and the coaching staff thought this would be the perfect setting to bring out the cowbells. Coaches also threw things at them during the test, which isn’t a bad move either, you never know when a rowdy fan may throw something in a player’s direction, bad calls bring out the worst in fans around the country.

That video is loud, really loud, but go ahead and multiple that noise by about 400 and that’s what NC State has to look forward to on Saturday against the Bulldogs.

Mississippi State had to pull off a comeback of the ages to knock off Louisiana Tech a weekend ago while NC State shut out South Florida in its season opener.