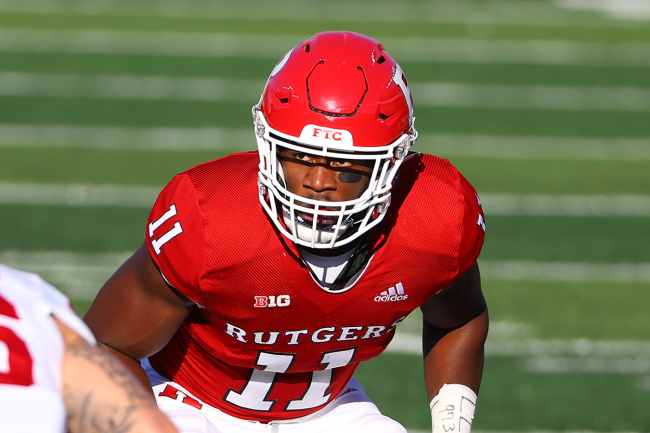 According to its official website, the NCAA is a member-led organization that was founded in 1906 to “regulate the rules of college sport and protect young athletes.” But it often forgets the latter.

Drew Singleton’s story is no exception. In fact, it is the perfect example of the NCAA’s failure and arbitrary despotism.

Singleton, a linebacker at Rutgers University, had his appeal for reinstatement denied for the 2022 season. It is incredibly disappointing.

At the end of 2021, Singleton declared for the NFL Draft after five years with the Scarlet Knights. He accepted money from an agent for training expenses, which would technically remove his amateur status and rule him ineligible for another year.

However, his situation comes with a unique set of circumstances.

First and foremost, Singleton has paid back the agent. In addition, he was injured during a bowl game that he was never supposed to play in.

Rutgers did not reach bowl eligibility, but was invited to play in the Gator Bowl after Texas A&M withdrew because of COVID-19 issues. Singleton did not have to play and could have decided to sit out in preparation for the NFL Draft.

He did not. Singleton, as a leader, wanted to play one more game with his five-year teammates. He rushed back to Piscataway to practice with his team and played in the 28-point loss to Wake Forest.

However, he suffered a badly sprained ankle during the game and had to wear a boot for three weeks. Singleton says that the injury held him back during pre-draft workouts and thinks that it may have played a role in him going undrafted.

Rather than signing as an undrafted free agent, Singleton wants to return to Rutgers. Not only could it help improve his draft stock, but NIL opportunities could allow him to make money and support his family.

Despite its vow to “protect young athletes,” the NCAA is not going to let him.

Rutgers linebacker Drew Singleton applied for a waiver to be reinstated for 2022, but the NCAA has denied his request.

All hope is not lost, but it does not look good.

“The NCAA ruled against us,” Scarlet Knights head coach Greg Schiano said on Monday. “So there is another step, a last step that we are certainly going to try. Really disappointed.”

The fact that the NCAA is denying Singleton the opportunity to return to Rutgers is absurd. Those in charge are denying a young man some financial stability and an opportunity to pursue his Masters degree. They are also denying him the chance to get drafted into the NFL after a bowl game that he didn’t have to play in hindered his chances.

It is an absurd ruling and Schiano agrees that the decision is disappointing.

Singleton made nine starts for Rutgers last season, including the bowl game that he and his teammates were never supposed to play. He made 59 tackles over the course of the season and would be an immediate, guaranteed starter with the Scarlet Knights again in 2022. But, as of now, he won’t get that chance.

What does the NCAA gain by this decision? What does it hurt to give Singleton another year? Truly a shame.