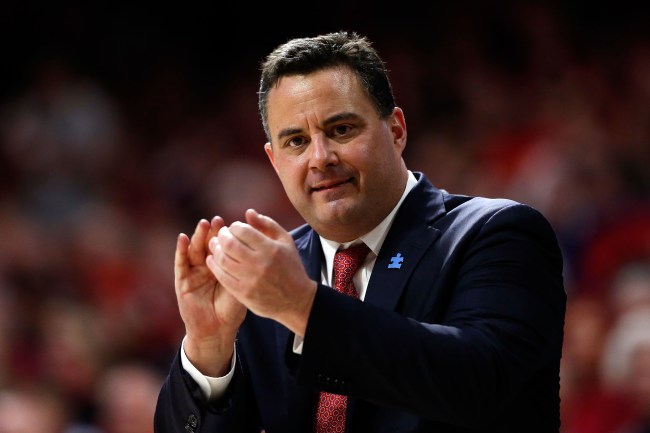 TUCSON, AZ - FEBRUARY 10: Head coach Sean Miller of the Arizona Wildcats gestures during the first half of the college basketball game against the USC Trojans at McKale Center on February 10, 2018 in Tucson, Arizona. (Photo by Chris Coduto/Getty Images)

Pat Forde & Pete Thamel (Yahoo! Sports, AABA) have published several damning articles implicating at least 20 players and over 2 dozen Colleges and Universities in the NCAA’s corruption case. Citing “hundreds of pages of documents” recovered from the FBI’s investigation, emails between runner Christian Dawkins and agent Andy Miller (ASM Sports) and a spreadsheet (detailing expenditures) maintained by Dawkins as evidence, the stories paint a picture of an amateur system that is failing. Nearly every top program (UNC, Duke, MSU) is referenced, with payments ranging from $70 lunches (Miles Bridges, MSU) to $73,500 in loans (Dennis Smith Jr., NC State). It is important to distinguish between the FBI investigation (bribery, travel act conspiracy etc.) that has resulted in the arrest of 4 coaches and the one the NCAA will conduct (upon completion of the FBI investigation) related to impermissible benefits (players, teams in Forde/Thamel stories).

Howie Long-Short: Pay-to-play scandals have been going on since at least the early 80’s (great 30 for 30 called Pony Excess, here’s the trailer), so this isn’t a new phenomenon; what’s new this time around, is the FBI’s involvement. Landmark changes are coming to college athletics, but until the NBA allows H.S. prospects to enter the draft again, a black market will continue to exist. As the #1 pick in the 2017 draft, Markelle Fultz will earn $15.36 million over the first 2 years of his contract. There’s simply no way he can be compensated fairly (relative to the value he brings to the University) playing a year of college basketball. If he took $10,000 from ASM Sports under the current system (as alleged), a nominal stipend isn’t preventing him from taking it in the future.

Fan Marino: Late Friday evening, ESPN (DIS) reported that the FBI had intercepted a call between Arizona Head Coach Sean Miller and Dawkins relating to a $100,000 payment, meant to ensure 5-star prospect Deandre Ayton enrolled at the school. Dick Vitale wasted no time calling for Miller’s immediate dismissal, despite Mark Schlabach (wrote story) never personally hearing the audio recording (or having read the transcript) or applying any logical thought to the report before speaking; Ayton committed to AZ in Sept. ’16, the alleged FBI call was said to have been recorded in June 2017. Miller may be guilty, but a conversation (that may or may not have happened) about a potential payment and having evidence money changed hands, are two different things. Calling for someone’s job based on hearsay is irresponsible at best, malicious at worst and Vitale’s look-at-me schtick has been tired since the late 90s. It’s time for ESPN to retire him.

Sportradar launched in 2001 with the intention of becoming the top service provider for licensed betting operators around the world; providing statistics, resulting, odds suggestions, virtual gaming, risk management services and more. They’ve accomplished that goal, added a sports data component to their business (work with 65 organizations, including NFL and NBA) and they have also established themselves as the authority in the sports betting Integrity Services space. With the legalization of sports betting imminent, JohnWallStreet took an opportunity to speak with Sportradar’s Director of Communications, Alex Inglot to discuss how Sportradar identifies match manipulation, the prevalence of match fixing and the highest profile game they flagged corruption within.

JWS: How does the company identify a game that may have been fixed?

Alex: We have unique access to the odds movements and odds patterns to over 600 bookmakers around the world. On the back of that data, we built what today are called Integrity Services; anchored in the idea that you can use betting patterns to identify suspicious or manipulated matches. Today we can also provide technology and monitoring systems to state governmental authorities to monitor regulated betting under their jurisdiction, something highly relevant to the US given the current sports betting regulatory climate.

JWS: You guys work with over 70 different sporting organizations across 17 different sports and have been offering Integrity Services since 2005. Are you regularly identifying games that have suspicious patterns or is this a rare occurrence?

Alex: The vast majority of the events we monitor do not display indications of suspicion, but we’ve identified over 3,506 matches (that have been manipulated), since 2009 and have initiated or supported well over 200 sporting sanctions and 24 criminal convictions; all using our reports and our analysis.

JWS: Is there one specific case that Sportradar is known for?

Alex: The most high-profile case we’ve been involved in is the case FIFA brought against Lamptey. FIFA brought a case against Ghanaian official Joseph Lamptey, the referee who officiated a World Cup qualifier between South Africa and Senegal in 2016 after we identified it as a fixed match; that the referee had manipulated the match to ensure a certain number of goals. The highest arbitration court for sports (CAS) determined our report was correct and Lamptey was banned from refereeing for life. The most important result from the case though, was that the match was replayed; the first time a match of that magnitude had been replayed due to match fixing.

Howie Long-Short: Sportradar raised a private equity round worth +/- $55 million in July ’12 from EQT Holdings Management (EQGP), a publicly traded private equity/venture capital firm with 11 exits (IPO/M&A) to its name. In October ’15, the company raised another +/- $45 million; Revolution led the round that also included Michael Jordan, Mark Cuban and Ted Leonsis.

Fan Marino: The SCOTUS has guaranteed a decision on the NJ betting case by the end of June, but expect that decision to come in the next 6 weeks. The SCOTUS typically rules on a case within 90 days of oral arguments, which last took place on December 14, 2017. It is possible the decision could come as soon as next Monday (March 5); April 2nd and April 30th would be the next 2 potential decision dates.

Pyeongchang Unlikely to Become Tourism Destination, “10-20 Years of Trouble” Ahead

Pyeongchang, invested heavily in the ’18 Winter Games, hoping to position itself as a world-class destination; as Seoul had during the ’88 Summer Olympics. Unlike Seoul though, which had experienced a sharp rise in population (following Korean war) and thus benefited from the investment in infrastructure, Pyeongchang is a small (population wise), poor city (2nd to last in average income), located in a particularly cold isolated part of the country. Gangwon (the province that governs Pyeongchang) is now saddled with debt, high maintenance costs (creating an $8.5 million deficit/year) and a series of newly constructed buildings that lack use. Sangho Yoon, a senior researcher at the South Korean Economic Research Institute is projecting “10-20 years of trouble” for the region, saying they’ll “never be able to justify the spending.”

Howie Long-Short: Gangwon is pushing for the federal government to subsidize the maintenance costs, because it’s unlikely local visitors will ever be able to offset the costs. Joo Yu-min, a professor at the National University of Singapore, wrote “there is a high possibility that the 2018 games will lead to long term financial strain, if not bankruptcy, on the local government”. South Korea spent an estimated $12.9 billion on this Winter’s Games, at least 60% over the projected $8 billion (max), so they’re not throwing money at the problem; but, there is at least some hope in Gangwon that they’ll contribute by the time the Paralympics end (March 18, 2018).

Fan Marino: A cyber-attack on the Games’ Opening Ceremonies has been attributed to Russian hackers. The attack took down internet and Wi-Fi access within the stadium, but did not otherwise disrupt the event. The U.S. intelligence community has stated that the hackers tried to make it appear as if North Korea was behind the attack. It’s been surmised that the Russians planned the attack as retribution for the IOC banning the Russian team (and flag) from appearing. Russian athletes performed under the title “Olympic Athletes from Russia” and the Olympic rings.