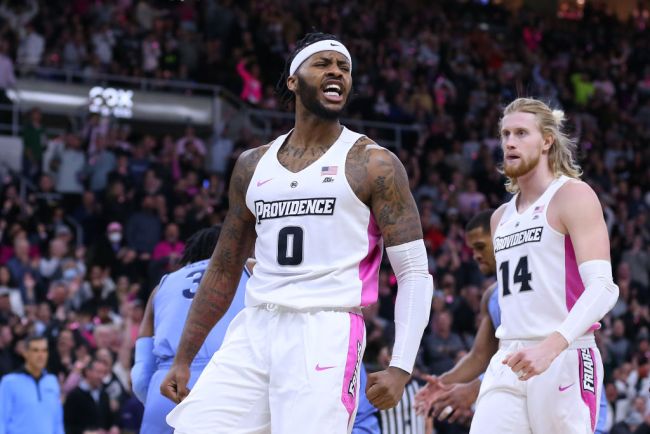 Instead, we’ve seen Saint Peter’s advance to the Sweet 16 for the first time in school history. That incredible upset of Kentucky sent shockwaves through the college basketball world.

Another unlikely contender is Iowa State, who’s just a season removed from a 2-22 campaign. The Cyclones went winless in Big XII play last year but now find themselves in the second weekend of tournament play. Upsets of LSU and Wisconsin have kept their dream season alive. It’s been quite possibly the biggest turnaround in college basketball history.

With the unpredictability of this year’s tournament, there are officially no perfect brackets remaining.

However, there was one lucky bettor with a perfect weekend. Check out this ridiculous over/under parlay, which went an unblemished 8-0 in opening round action.

Talk about seeing it WELL 🔮

This bettor correctly picked the over/under for eight contests in the round of 64. The $100 wager paid out nearly $17,000.

While the parlay hit, there were a couple of close calls to sweat out.

Auburn and Jacksonville State’s total hit on a late three-pointer to finish a bucket over the total. USC and Miami were also in a tight matchup that could’ve easily gone to OT. Instead, it ended five points under.

The huge win certainly gives this bettor some money to play with over the rest of the tournament. If they continue seeing the board this well, we could see another massive payout in the next round.