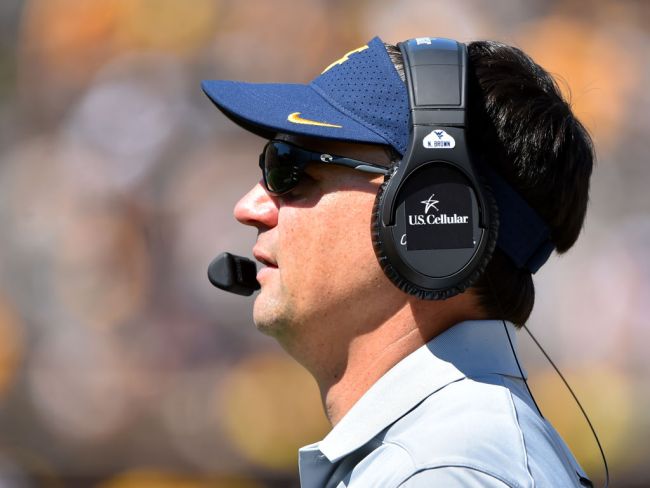 Neal Brown is the epitome of an Xs and Os guy. The 40-year-old West Virginia head football coach took over in Morgantown after Dana Holgorsen left for Houston in 2018 and has gone 11-11 in his two seasons. Prior to being hired to oversee the Mountaineers, Brown worked his way up with stops at UMass, Sacred Heart, Delaware, Troy, Texas Tech and Kentucky before returning to the Trojans and coaching in Alabama from 2015-2018.

He had three children along the way, which brings us here today. 247 Sports reporter Mike Casazza noticed Brown’s recent string of birthday posts for his kids and pointed out the short timeline between Adalyn, Anslee and Dax.

Happy 13th birthday to my daughter, Adalyn. I love you and am so proud of you. Enjoy your day! pic.twitter.com/IhVrGJ8UWH

Happy 10th Birthday to my sweet daughter Anslee! I love you and am so proud of you. Enjoy your day! pic.twitter.com/7RjKnWi4uV

Three children with a six-year age gap having their birthdays land within three days of each other is crazy. It’s even more impressive when you consider the nature of his job. Brown, who is “in-season” from mid-August until as late as December, turns his focus to National Signing Day after the final whistle of his team’s last game and gets back on the gridiron for spring practices in mid-March/early-April.

Before the implementation of the early signing period, National Signing Day was the end-all and be-all of college football recruiting and lands on the first Wednesday in February. That means that all three of Brown’s kids were born right after the end of the recruiting period with no less than a month before spring ball. It’s the one time on the college football calendar where he can give his undivided time and attention to the birth of his children without any team-related distractions. And if you back it up nine months, that means he started the whole kid-having process (read: doing the sex) in/around mid-May, when college football coaches have zero responsibilities.

The precise execution of Brown’s children’s births is nothing short of Nick Saban-level efficiency. Brown is 46-27 over the course of his six-year coaching career and 4-0 in bowl games. If he coaches football anything like he and his wife pop out kids, the Mountaineers will be on their way to a National Championship in no time.