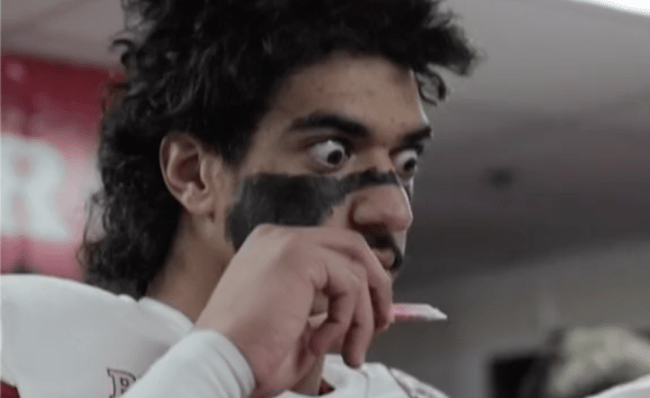 “Is Nebraska football back?” seems to be a question that comes up every single year ahead of the new college football season. If tight end Chris Hickman is any indication, the answer might be yes.

The Cornhuskers have not had a winning season since 2016, which was also the last time they reached a bowl game. Before that, Nebraska has not won 10 games since 2012 and has had only three 10-win seasons since 2003.

Things have not been trending upward for the 1980s and 90s powerhouse. Head coach Scott Frost is entering his fourth season at the helm of his alma mater in 2021 and is hoping that narrative begins to change.

I will admit that I know a little bit about the Cornhuskers’ offense but nothing about the tight end room. I don’t know who is good, who is bad, or how the depth chart will look come Week 1. No idea.

However, I do know that redshirt sophomore Chris Hickman is ready to rip some heads off this fall. He looks like an absolute psychopath— in the best sense of the word.

The first three players were shown either in-game or pregame. Not Hickman.

At 6-foot-5, 215 pounds, Hickman is seen inhaling a smelling salt with his eyes wide. He looks like a mad man and I can’t get enough of this guy. 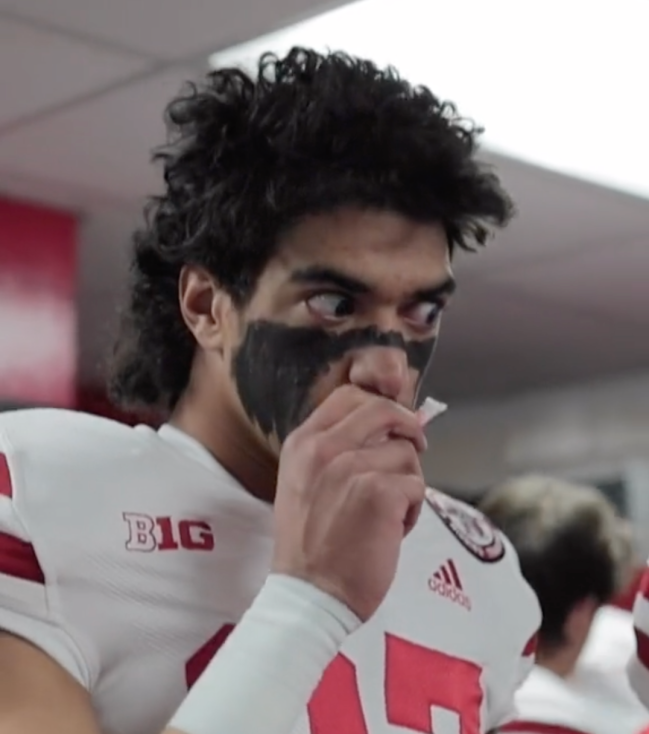 The Omaha-native only has two catches in 10 games played and there is no telling whether he will even see a target in 2021. But even if he doesn’t, having a character like Hickman on the sideline bodes well for success.

Austin Allen, Hickman’s TE counterpart, is 6-foot-9, 255-pounds. He comes rumbling down the sideline in the TikTok and looks a tough fella to take down.

Every team needs a glue guy that looks ready to roll heads at any moment. If he is a good representation of the type of guys in the locker room, Nebraska may be on its way to winning a few ballgames.

As for the rest of the offense, Martinez will start at quarterback for the fourth year in a row. He continues to be touted as a prominent duel-threat player but can’t seem to put it all together. Maybe this is the year?

After the video cuts to Hickman, it cuts to Omar Manning, who is expected to step up as a pass-catcher. He was the nation’s top junior college receiver before transferring to Nebraska.

Then the TikTok introduces us to a pair of Big Uglies.

Brant Banks stands 6-foot-7, 305 pounds and has a remarkable set of lettuce. Trent Hixon is 6-foot-4, 320 pounds and is shown eating a defender for breakfast.

Again— I know nothing about the intricacies of Nebraska’s offense. But if Banks, Allen, Hixon and Hickman are prominent factors in the game plan, the Cornhuskers might be headed toward relevancy.

Frost’s team opens the season on August 28th against Illinois.