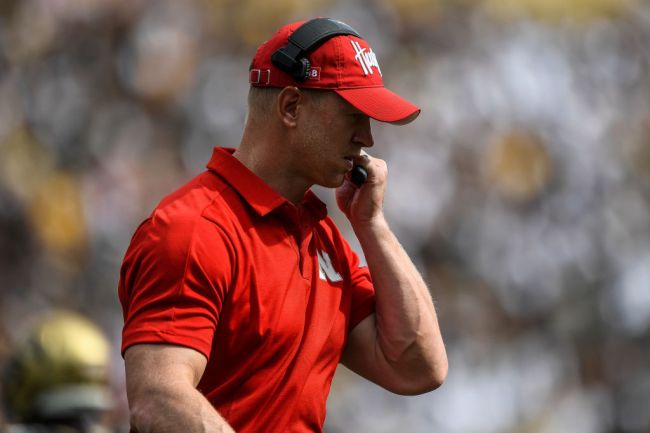 University of Nebraska athletic director Bill Moos announced today that he will retire from his position next week. Moos has been in the AD role since October of 2017 and hired 12 head coaches in nearly four years.

Among those hires, Moos brought Scott Frost to head the football program. Now that Moos is gone (or soon to be), Frost watch is officially on.

Prior to his time in Lincoln as a head coach, Frost’s coaching career was brief, but not insignificant. He spent time with Northern Iowa as a co-defensive coordinator and linebackers coach before joining Chip Kelly’s offensive staff at Oregon.

Frost was promoted to offensive coordinator in 2013 when Kelly left for the NFL. Oregon went 11-2 in year one, lost to Ohio State in the inaugural CFP National Championship in year two, and 9-4 in year three.

Prior to the Ducks’ bowl game that year, Frost accepted the head coaching job at Central Florida. His first season at UCF saw the Knights go from 0-12 in 2015 to 6-7 and reach a bowl game in 2016.

2017 was the year that put UCF on the map. Frost led his team to a perfect 12-0 record and an American Athletic Conference Championship with an epic double overtime win over Memphis. Missing out on the playoff, the Knights received a New Years Six bowl bid.

After UCF beat Auburn in the Peach Bowl, Frost was hired by Moos for the same role at Nebraska.

Frost returning to his alma mater, where he won two national championships as a quarterback, seemed like a no-brainer.

Even still, it was quick and relatively impulsive. He did not have to prove that the undefeated season was not a fluke before stepping to the next rung on the ladder.

At only 43 years old, Frost became the youngest head coach in Cornhuskers history. Through his first three years at Nebraska, the results have been less than impressive.

Moos was not settling for mediocrity for a program with such a rich history of winning and decided it was time for a change. However, the results have been abysmal.

Frost took over in 2018 and won four games in year one. The Huskers won five games in 2019 and only three (of eight total games due to the COVID-shortened season) in 2020.

Nebraska has not shown any positive strides under Frost. He owns a 12-20 record. However, the school and Moos bid against itself in 2019 and gave him a contract extension through 2026. He makes $5 million per year.

Now that Moos is retiring, Frost is sitting firmly on hot seat.

Nebraska AD Bill Moos said in his retirement statement that the athletic department was "reborn and rebuilt and that it has a solid, stable foundation.”

Nebraska football is 12-20 under Scott Frost and the men’s basketball team has gone 14-45 in Fred Hoiberg’s two seasons.

If he cannot at least pull a winning record in 2021, there is a very good chance that the new athletic director could decide to make his or her first big move in the position and send him packing. More than likely, Frost has two years to figure it out.

Nebraska is a program that should be competitive in the Big 10 and nationwide. The Huskers have been anything but in recent years, consistently falling short of the next step and falling back into irrelevant mediocrity.

Turn up the temperature on Frost’s seat because it’s time to deliver.