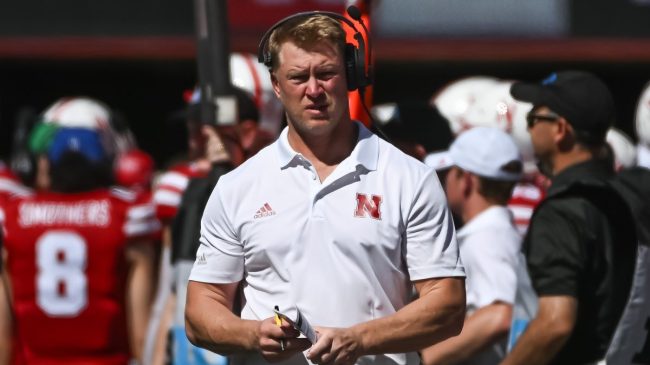 There were plenty of upsets in Week 2 in college football as the Sun Belt came to play. One surprising win was the Georgia Southern Eagles defeating the Nebraska Cornhuskers. It’s been an abysmal start for the Cornhuskers and now it appears the program is moving on from head coach Scott Frost.

According to Field Yates, Nebraska has officially fired its head coach. Scott Frost will not be finishing the season after starting the year 1-2. The Cornhuskers had a ton of hype entering the year, but all of that momentum is gone. Especially after losing to a small school in Georgia Southern.

We’ll see what the future holds for Nebraska. They’re likely to replace Scott Frost with an in-house hire as an interim head coach. However, the Cornhuskers may consider bringing in an outside hire next offseason. Luckily for them, there should be a handful of strong options to consider.

Even so, the Scott Frost era has been a wild ride. He’s been largely controversial throughout his tenure and many Nebraska fans were asking for a change at head coach anyway. It’ll be interesting to see how this team fairs for the rest of the 2022 season, but it’s hard to imagine they’ll be competing for a top bowl game after a rough start.

With Scott Frost officially fired, the program and the fanbase can finally move on. Hopefully, this leads to a brighter future for Nebraska in general.