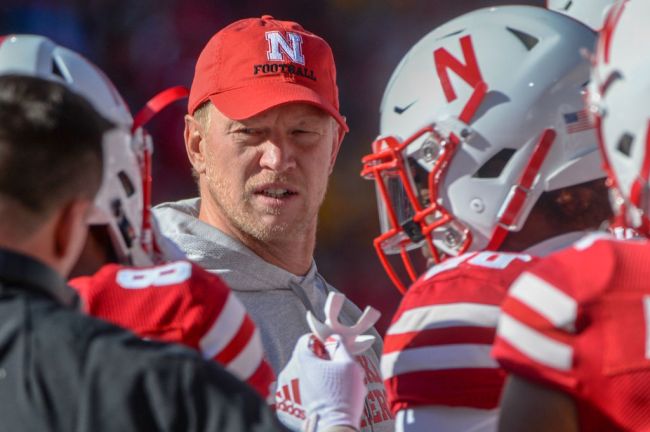 When the rumors were swirling that the Big Ten may cancel the 2020 football season, Nebraska’s Scott Frost was one of the more outspoken head coaches voicing that the season should take place. During a press conference, he even stated that the Cornhuskers “want to play no matter who it is, or where it is,” but apparently their tune has changed on that front.

Nebraska is scheduled to play at Oklahoma on September 18, but it’s trying to get out of playing the game, according to Brett McMurphy.

It doesn’t get more hypocritical than that. Going from ‘we’ll play anybody, anywhere to ‘we really don’t want to play this team because we’ll likely lose’ is a tough, tough look. The Cornhuskers are so eager to get the Oklahoma game off their schedule, they’ve already contacted other teams to fill in the date. This entire situation has strong BYU vibes, but even worse optics.

Nebraska is trying to get out of playing Oklahoma on Sept. 18, sources told @Stadium. The Cornhuskers have contacted other schools to play in Lincoln on that date, sources said. The game was scheduled to mark 50th anniversary of 1971 "Game of the Century" b/w No. 1 NU & No. 2 OU

The perfect karma here would be for Nebraska to schedule some non Power Five opponent, or better yet, an FCS opponent, pay them to come to Lincoln and get handed an L.

This is one of the problems with college football scheduling. This home-and-home between Nebraska and Oklahoma was agreed upon in January of 2016 and given the two programs going in opposite directions at the moment, Nebraska wants out of the agreement.

Nebraska isn’t the only team in college football that attempts to back out of these agreed-upon games, plenty of Power Five teams pull this move, it’s just ironic for Nebraska to do so just months after begging to play any team at any time.