Watch The Wild First Trailer For The Upcoming Netflix Docuseries ‘Killer Inside: The Mind of Aaron Hernandez’ 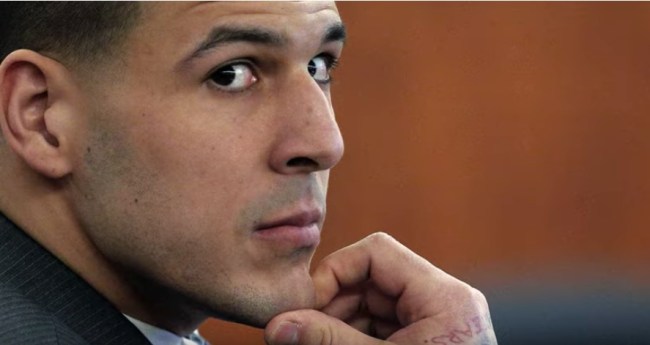 In the span of six years from 2007-2013, Aaron Hernandez was either a suspect or a defendant in six shootings in which three people were killed.

But nearly three years after Aaron Hernandez was found hanging by his bedsheets from his window in his cell at a Massachusetts prison, there is still a cloud of confusion surrounding what drove a man who just signed a $40 million contract to commit such heinous crime(s).

Was it his alleged closeted homosexuality? His tumultuous upbringing? The death of his father? His criminal mother, who was arrested in 2001 in a statewide sting for booking bets on sports? The fact that Hernandez’s brain was found to have the most severe case of CTE ever for a person his age?

A highly-anticipated three part documentary series titled Killer Inside: The Mind of Aaron Hernandez promises to clear up the speculation by “examining what led to the murderous fall and shocking death of former NFL superstar Aaron Hernandez.”

The series, born from the studio that brought the highly popular documentaries Making a Murderer and Evil Genius, features exclusive courtroom footage, Hernandez’s phone calls from prison, and interviews with those who knew Hernandez and Odin Lloyd, Hernandez’s soon-to-be brother-in-law who he murdered execution style.

The series premieres January 15th on Netflix. Buckle up, my friends.