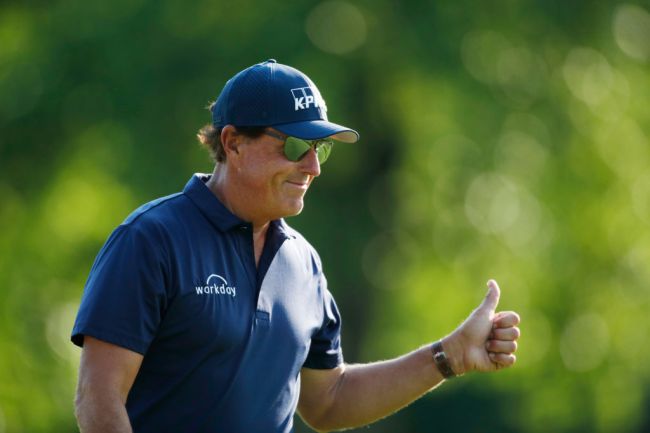 Golf fans, rejoice, you’re soon going to have a new show to binge on Netflix about what life is like on the PGA Tour.

First reported by Dylan Dethier of GOLF, the PGA Tour is teaming up with Netflix for an episodic documentary series that will provide behind-the-scenes access to some of the best golfers in the game throughout the 2021-22 season.

One of the biggest details in all of this is that Box to Box Films will be involved in production, which is the same company behind Netflix’s Formula 1 docuseries ‘Drive To Survive.’ If you haven’t watched ‘Drive To Survive’ yet, what are you even doing? Even if you know nothing about Formula 1 or even hate the sport of racing, you will thoroughly enjoy the show, which recently got renewed for a third season.

According to the report, PGA Tour series would essentially follow the same model of ‘Drive To Survive’, by filming with its cast members at tournaments, at home, and during all the in-between times.

When it comes to which players will be involved in the series, no names have been shared yet, but “several big names” are already on board.

The cast reportedly includes major champions, Ryder Cuppers other players inside the Top 20 in the current World Ranking.

While there is no set release date, if this show follows the same pattern of ‘Drive To Survive’ then filming will take place throughout the upcoming season then be released prior to the beginning of the next season. So, late 2022 or early 2023 is a realistic timeline.

This could be huge for the PGA Tour and the game of golf.