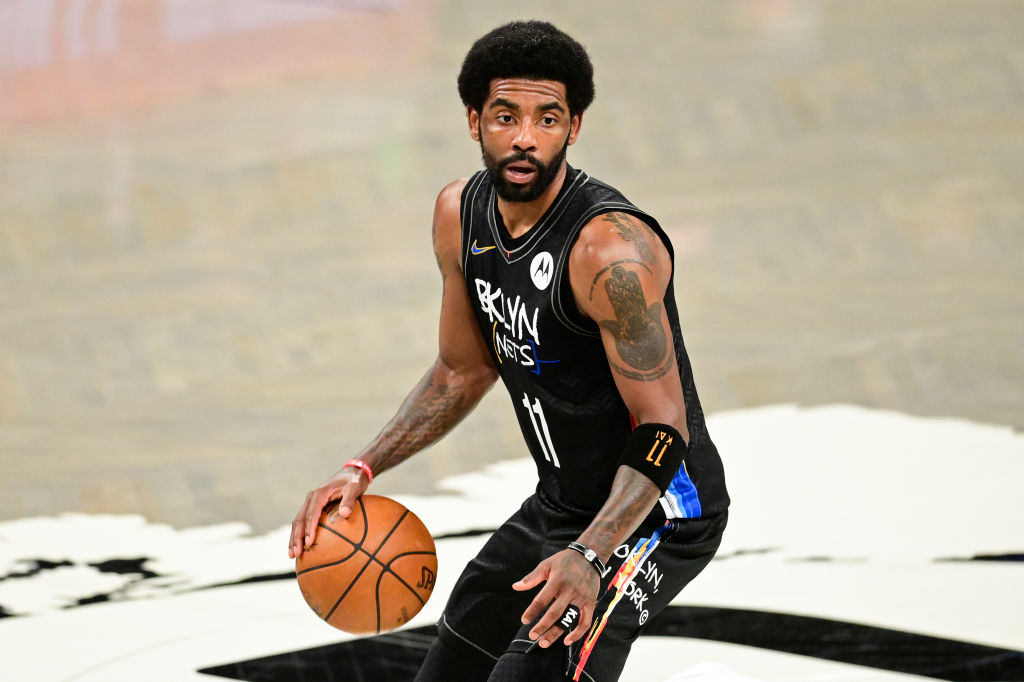 Kyrie Irving appears to have gotten himself in trouble with Nets owner Joe Tsai.

On Friday afternoon, Irving, who is close friends with Kanye West, endorsed a book/ called “Hebrews to Negroes: Wake up Black America.”

Irving was immediately called out for sharing what many feel is an anti-semitic book/film that promotes conspiracy theories about Jewish people.

The video pushed by Kyrie Irving is based on a venomously antisemitic book which asserts that "many famous high-ranking Jews" have "admitted" to "worship[ing] Satan or Lucifer." https://t.co/516KWeA8Ng

The Nets issued a statement regarding Kyrie’s endorsing of the book.

“The Brooklyn Nets strongly condemn and have no tolerance for the promotion of any form of hate speech. We believe that in these situations, our first action must be open, honest dialogue. We thank those, including the ADL, who have been supportive during this time.”

I’m disappointed that Kyrie appears to support a film based on a book full of anti-semitic disinformation. I want to sit down and make sure he understands this is hurtful to all of us, and as a man of faith, it is wrong to promote hate based on race, ethnicity or religion.