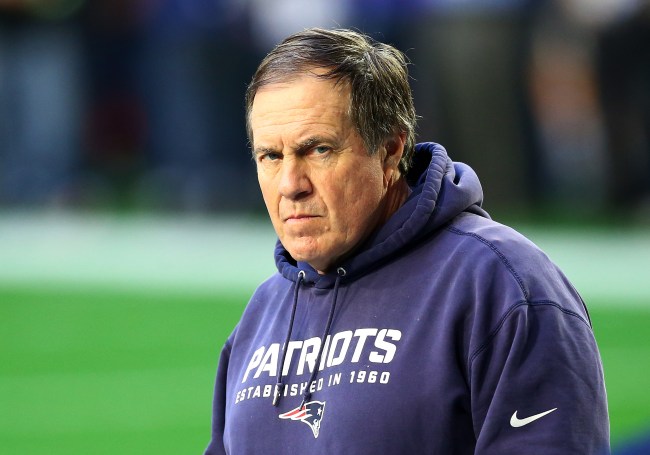 The New England Patriots have been fined $1.1 million by the NFL and are being forced to forfeit a 2021 third-round pick on Sunday after their television crew filmed the field and sideline during a Bengals-Browns game back in December.

NFL has handed down these penalties to the Patriots for their television crew filming the Bengals-Browns game in December, sources tell @MikeReiss:

In addition, the Patriots’ television production crews will not be allowed to shoot any games during the 2020 season, and senior club officials will undergo required training on league operation and game policies.

The NFL also banned David Mondillo, who was suspended by the team at the time of the NFL investigation, from NFL facilities until further notice. Prior to the league’s discipline, Mondillo was terminated by the Patriots.

In December, The Patriots issued a statement admitting that a three-person crew for a web series titled “Do Your Job” “inappropriately filmed the field from the press box” as part of a feature on the scouting department but did not intend to use the video to give the team a competitive advantage.

New England faced the Bengals in Week 15, but Pats head coach Bill Belichick claims the coaching staff didn’t utilize the video that was illegaly filmed ahead of the game.

“I have no involvement in this and no knowledge of it. I really don’t have any idea what exactly is going on,” “I can tell you that we’ve never, as a coaching staff, and I’ve personally never used any video footage at all of anything that those production people have done, other than what’s shown on public television or something like that.”