New England Patriots Get Mac Jones An Upgrade At Receiver 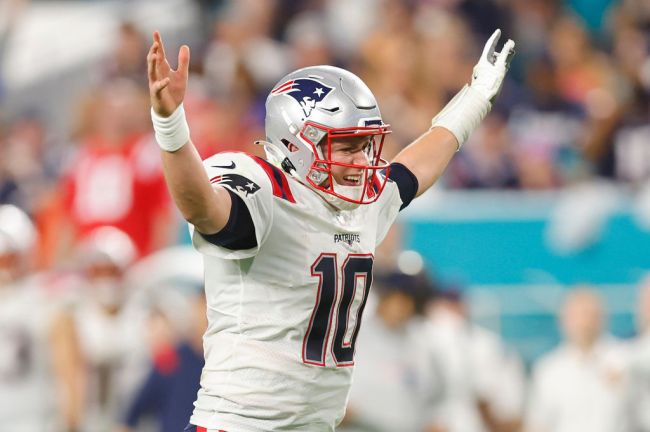 The New England Patriots have been expected to address their issues at wide receiver all offseason. They had easily one of the weakest receiver groups in the NFL last season and clearly needed to get franchise QB Mac Jones some help.

Yesterday, it was reported they were having discussions with Odell Beckham Jr, but today they decided to go a different route. Today, it was revealed that they would be trading a third round pick for Devante Parker and a fifth round pick.

Sources: The #Dolphins are trading WR DeVante Parker to the #Patriots in exchange for late-round draft pick compensation. Parker lands at a perfect place with stability he’s been wanting, while MIA gains financial flexibility.

Devante Parker certainly isn’t the biggest name to move in free agency this offseason, but this is still big news for Mac Jones and the Patriots. Devante Parker just might be the best receiver Jones has gotten to throw to yet in the pros.

Last season, Jones was throwing to a group that included Jakobi Meyers, Nelson Agholor, N’Keal Harry, Jonnu Smith, and Hunter Henry. While Parker has never quite lived up to his draft hype, he did manage to put together a 1200 yard season just a few years ago, which is something nobody else on the roster has done.

Parker will serve as a big body for Jones to target in the red zone and somebody that he can rely on to consistently make catches as long as he can stay healthy for the Patriots.

If this is all the Patriots do at receiver this offseason, it’s at least an improvement for them, but I still think we’ll see them completely revamp this group with Parker and a receiver out of this year’s draft class.