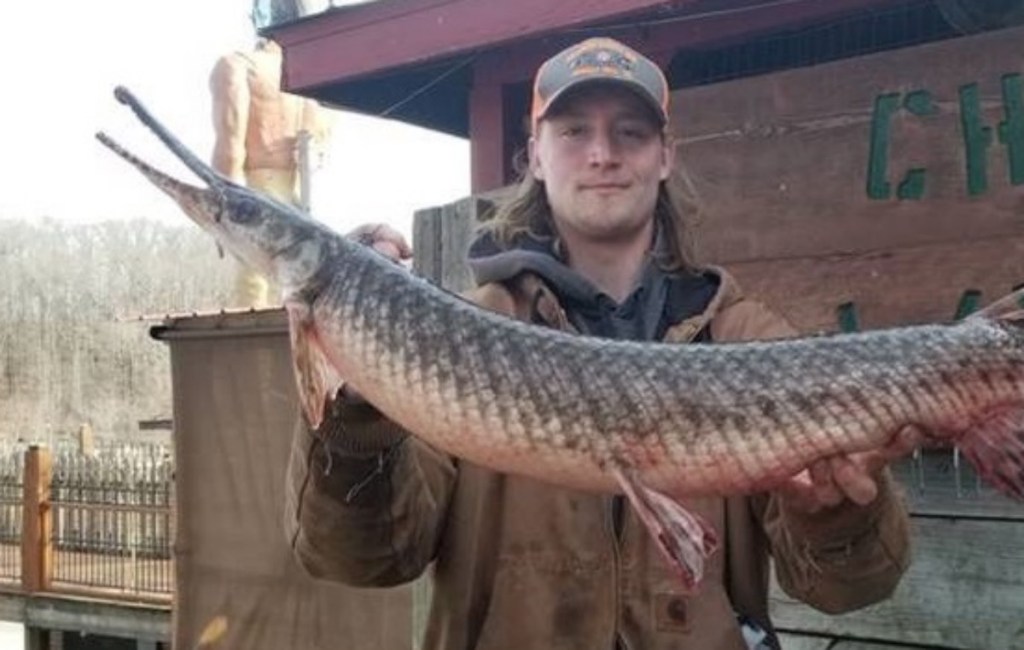 It’s not often that you see a gar fishing world record broken with an angler using a rod and reel. Gar fishing is primarily done with a bow and arrow because gars usually sit up high on the surface and anglers rarely eat the various species because they’re so boney which means they don’t have issues firing an arrow through the fish and leaving a hole.

Angler Devlin Rich of Williamsville is officially a fishing world record holder this week even though he caught the fish back on February 25th while fishing Wappapello Lake. His world record 10-pound, 9-ounce spotted gar is nearly a full pound heavier than the previous record for spotted gar, that was a 4.44 kg (9 lb 12 oz) fish caught by angler Rick Rivard while fishing Lake Mexia in Texas back in April 1994. It is WILD that it’s taken this long for that record to fall and incredible that it was broken using a rod and reel. Here’s the record fish: 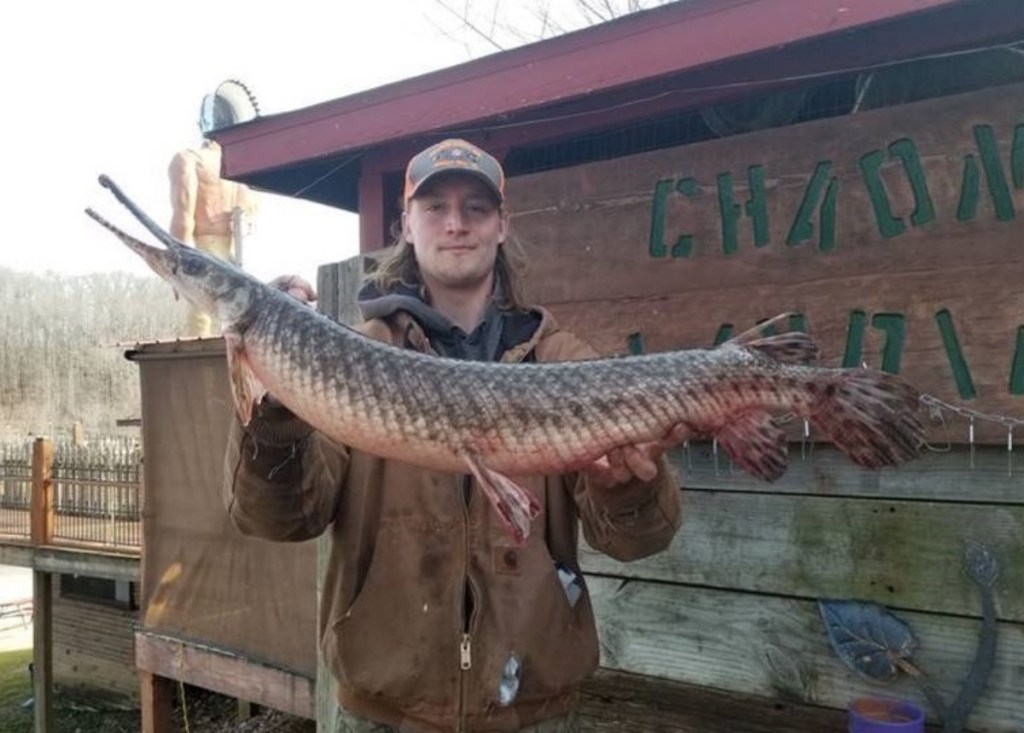 Here’s an excerpt from the press release:

Spotted gar is rather common and widely distributed in the Bootheel lowlands of southeastern Missouri. “Because of the hard, bony jaws, gars are seldom taken on hook-and-line and are rarely used for food,” noted MDC Fisheries Programs Specialist Andrew Branson. “Special techniques are required to capture them consistently with rod-and-reel, but they do provide a ready target for the bow hunter because they often bask near the surface of the water.”

Gars are generally associated with warm, sluggish backwaters. They frequently rise to the water’s surface, opening and closing their jaws with a loud snap, then sinking below. This behavior allows them to swallow air into their swim bladder, which allows it to function much like a lung. This adaptation helps them survive in still or slow waters with relatively low oxygen levels. MDC staff verified Rich’s record-breaking catch on a certified scale in Williamsville. This is the second state record caught in 2021.

New World Record Spotted Gar…but I’m not a fan of @MDC_online stating gar are “rarely” eaten*, AND presenting them as great targets for bowfishing🤦‍♂️

*gar are important food fish in many parts of Mexico & Central America, as well as eaten in southern USA. https://t.co/nWzYHOOjQP

Gar are literally living dinosaurs and one of the greatest living examples we have of prehistoric creatures. Here’s a modern gar vs. a 150 million-year-old fossilized gar so you can see how little these fish have changed over millions of years:

Birds (“aka theropod dinosaurs”): Look how much we’ve evolved and adapted over time!

The seven species of gar include the Longnose Gar, Alligator Gar, Spotted Gar, Shortnose Gar, Florida Gar, Cuban Gar, and Tropical Gar. Five of these can be found in the United States. Of the gar species, the Alligator Gar is the biggest and commonly measures longer than 6-feet and weighs over 100-pounds.

The IGFA is the official record-keeper of all-tackle fishing world records. They haven’t updated their website yet to include this new spotted gar fishing record but that should happen any day, presumably, as the fish has been certified as a new world record by wildlife officials.