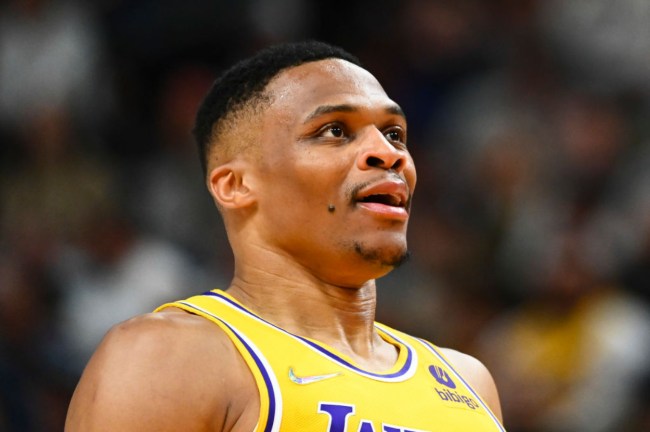 Russell Westbrook seems to be a part of the Los Angeles Lakers’ future. That was unclear during the home stretch of the regular season and became a major debate when the Lakers put together one of the most embarrassing campaigns in league history by missing the playoffs.

Ham made an appearance on ESPN’s ‘NBA Today’ and laid out his plans for Westbrook next season. Specifically, Ham spoke on what exactly he wants to see Westbrook become next year, and his comments were surprising.

“I want him to go back to being a pitbull on the defensive end, and everything else is going to flow from there,” Ham explained.

It’s safe to say that Lakers fans weren’t expecting to hear Ham talk about wanting more out of Westbrook on the defensive end.

The veteran guard had a below-average shooting year last season. While Westbrook playing lockdown defense will improve the Lakers, he’s going to need to regain his form on the offensive side as well.

Paying your starting point guard $47 million next season to just focus on playing defense doesn’t sound like a winning strategy.

When was First Round Russ last guarding at a “championship level?”

Has that ever happened? https://t.co/pCPSkhMkSs

He hasn’t guarded at that level for at least five years. Make him a factor on the offensive end, or you’re doomed. In fact, bring him back in any capacity and you’re doomed. https://t.co/WMoxQYrhMm

Really wanted to also hear “ I want him to get back to his pull up mid range game when he was back in okc” 😫 https://t.co/v0Yd3GCTga

this man must be a magician cause that would be one hell of a trick https://t.co/cCbqvKKcJO

You want him to what now? https://t.co/QCxK0k6bqZ