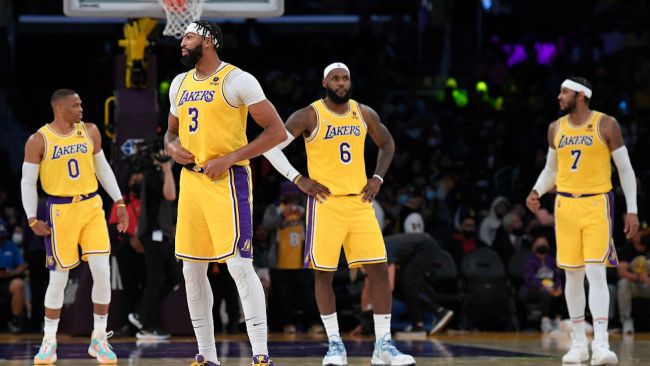 A new report from ESPN’s Los Angeles Lakers insider Ramona Shelburne has detailed how the 2021-22 season ended before it ever really began for LeBron James and co.

Telling an anecdote about a failed attempt to scree Russell Westbrook’s documentary, Shelburne argues that the bet of this Lakers team gelling was a bad one from the beginning.

The Lakers’ season was “doomed” following their first team outing in October, according to ESPN

Currently 11th in the Western Conference with a record of 31-49 — better than only the Sacramento Kings, Portland Trail Blazers, Oklahoma City Thunder, and Houston Rockets (all of which are in rebuild mode, by the way) — the Lakers will not make the postseason this year after winning the NBA title just two short years ago.

And the reason, according to Shelburne, is the construction of the roster, particularly when it comes to Russell Westbrook.

Westbrook was a bad basketball fit, but team insiders insist the personality fit, alongside the often passive-aggressive James and nonconfrontational coach Frank Vogel, was even worse.

The ill-fitting roster didn’t help either. Four of the nine players who ended the season in Vogel’s rotation (Stanley Johnson, Wenyen Gabriel, Avery Bradley and D.J. Augustin) weren’t even on the team in training camp. Two of the starters on opening night (Kent Bazemore and DeAndre Jordan) either fell out of the rotation or were waived. [via ESPN]

As Shelburne’s report details, the Lakers may find themselves stuck with the same roster next season, too, as “there is no easy way to change the core group of James, Davis, and Westbrook,” given the bloated size of Westbrook’s contract (he’s owed a $47 million salary next season) and the Lakers’ lack of tradeable assets.

RELATED: Lakers Are Being Called The ‘Most Disappointing Team In NBA History’ After Team Officially Gets Eliminated From Play-In Tournament