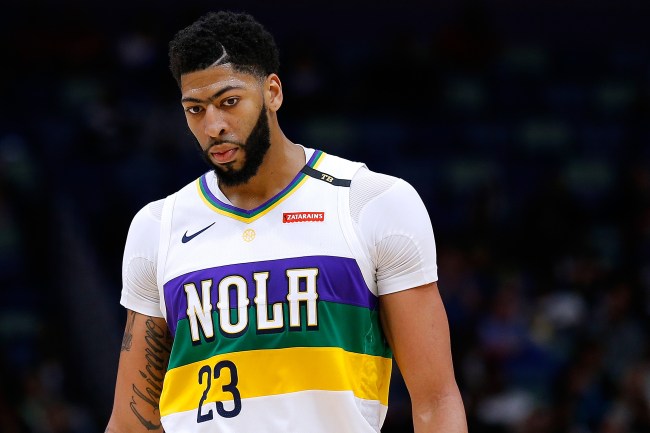 On Thursday night, disgruntled Pelicans star Anthony Davis was seen leaving the Smoothie King Center moidway during the team’s game against the Thunder after he suffered a shoulder injury.

Apparently the fact that Davis left the arena and didn’t come back pissed off ownership who decided to lash out at GM Dell Demps by firing him.

Ownership was livid with an injured Anthony Davis leaving arena during Thursday night’s game, sources say. Gayle Benson is telling associates she wants an overhaul of Pelicans and a search for a GM to take command of Davis trade talks and the reshaping of team’s future.

Davis seems to be all healed up in time for the All-star game and NBA fans around the league are asking questions.

So to recap:
• Davis demands trade
• NBA forces Pelicans to play him despite injury risk
• Davis has injured shoulder
• Davis is going to try to play in an exhibition game instead of resting that shoulder

I’d be livid if I was the Pelicans. https://t.co/I9pzcyYHi2

The person who runs the Pelicans Twitter account also finds it curious that Davis is playing in the All-star game after the injury because he/she liked that tweet.

Whoever runs that has been wildin for weeks now