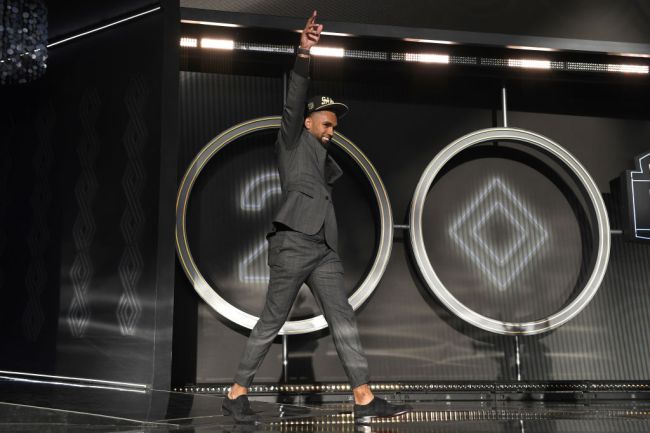 With only about a month having passed since the NFL Draft, football fans are still at the part of the year where their teams appeared to be absolutely thrilled about every player they drafted in April.

That usually takes the form of executives heaping praise on their players in the media. The New Orleans Saints may be taking that praise a bit too far.

“We’d like for him to be a little stronger, and we got to put some strength on him and some muscle, but every time you would turn on the tape you would see Chris Olave making a play in that game. And I like that. And so he reminds me of some players that have played in our league, the Marvin Harrisons, that were just silky smooth and effortless. And same body type. It doesn’t look like they were running fast, but when we turn on the clock, it’s like 4.3 (seconds). So there’s some really good aspects to that player.”

Chris Olave could absolutely be a great NFL player. There are plenty of reasons why he was viewed as a lock for the first round of the draft and why the Saints traded up twice to take him with the 11th pick in the draft.

However, it just feels a bit early to be comparing him to a Hall of Famer with the 9th most yards in NFL history and who held the NFL record for most catches in a season until it was broken a few years ago by Saints receiver Michael Thomas.

If Olave actually turns out to be anywhere close to as good as Marvin Harrison, the combination of him and Thomas is going to be a nightmare to stop for opposing defenses.