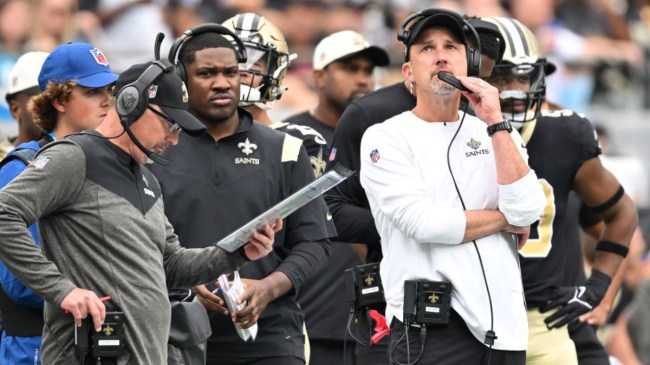 With their team seemingly finally healthy, hopes were high for the New Orleans Saints heading into this season.

Their offense would finally be back at full strength after being without Michael Thomas all of last season and Jameis Winston for the second half of the season.

In Week 1, we saw what a healthy Saints offense was capable of. They scored 17 4th quarter points on their way to a comeback win against the Atlanta Falcons.

In Week 2, injuries became an issue again. Alvin Kamara missed the game with a rib injury and Jameis would once again find himself dealing with an injury by the end of the game.

There were questions last week whether he would be able to suit up for the Saints in Week 3 because of a back injury. This week, he’s being listed as doubtful for Sunday’s game against the Vikings because of that back injury and ankle and hip injuries.

To make matters worse for the Saints offense, Michael Thomas has already been ruled out for the game.

HC Dennis Allen said WR Michael Thomas will be out for Sunday.

It has been revealed that Andy Dalton will get the start if Jameis is officially ruled out, which is a disappointment for anybody who decided to stash Taysom Hill on their fantasy team’s bench just in case.

With Thomas out, Dalton will need to lean on Alvin Kamara, who hasn’t been much of a factor for the Saints yet this season, and Chris Olave, who has quickly established himself in this offense as a rookie. It should also mean more targets for Jarvis Landry, who has seen his usage decrease over the past couple of weeks.

With a dangerous Vikings offense coming to town, the Saints will need a big day out of Dalton and his receivers if they are going to avoid an 0-3 start to the season.