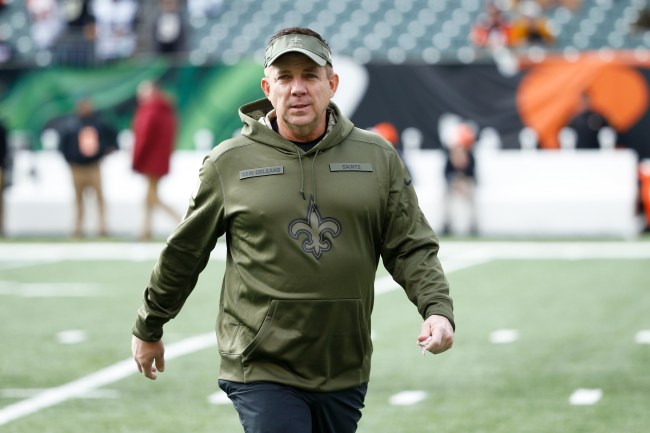 The New Orleans Saints seem to be one of the favorites to win the Super Bowl this year. Not only did they finish the regular season 13-3, which locked up the No. 1 seed in the NFC for the playoffs, meaning the road to the Big Game runs through the Big Easy, but with a future Hall of Fame quarterback in Drew Brees who has won a Super Bowl before, they have a veteran leader who can help inspire the younger guys.

Hosting the defending Super Bowl champion Philadelphia Eagles this weekend, the New Orleans Saints aren’t just playing for the chance to advance in the NFL Playoffs, but they’re hoping to show that they can take out the champs and, just maybe, claim the Lombardi Trophy away from Philly this year. And, considering the Saints demolished the Eagles in Week 11 of the regular season, 48-7, there should be a lot of confidence in that locker room that they can get the job done.

For any players who might think they need extra motivation, though, New Orleans Saints head coach Sean Payton wanted to deliver a message — and he did so in badass fashion yesterday. That’s because, according to Jon DeTrinis’ Twitter account, from sources, Payton came into the locker room with the Lombardi Trophy in hand, reminding his guys what it’s going to take to lift the trophy on Super Bowl Sunday.

You want to talk about big dick moves, that’s it. Totally badass, guys, and it may have just inspired the entire New Orleans Saints locker room to go a little bit harder and dig a little bit deeper now that the image is in their mind. Sure, those dudes playing for a chance to etch their name in NFL history by kissing the Lombardi Trophy, but that $225,000 bonus for winning a championship is a nice little incentive, too.

We should all jump on the New Orleans Saints’ bandwagon after this, because few other coaches come in with this kind of swag. I mean, can anyone imagine Bill Belichick doing this? Uh, no. WHO DAT!