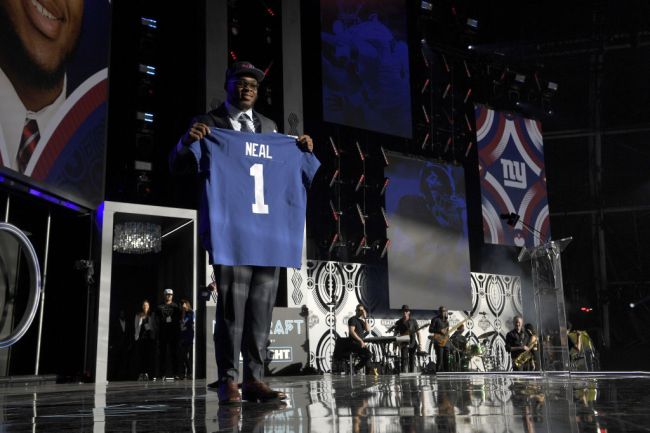 A couple of weeks ago, Evan Neal experienced one of the most important days of his life. Amid concerns about his health and during what turned out to be a completely unpredictable draft, Evan Neal managed to earn himself a spot in the top 10 of the NFL Draft.

It was the New York Giants who took him off the board with the 7th pick in the draft, giving Neal everything he could have asked for. With the Giants he was going to get a big contract, an important role right off the bat, and a big market to play in.

Unfortunately for Neal, he didn’t realize the team isn’t actually located in that big market. After being drafted, Neal revealed that he didn’t know the team’s home stadium was located in New Jersey and not New York, as the team’s name suggests.

Yes. The Giants do play in New Jersey, Evan Neal. It’s understandable with the confusion.pic.twitter.com/8ByaioQ4aQ

I didn’t even know the Giants were in Jersey. So that was news to me

This exact issue actually became the subject of a lawsuit back in January with Giants and Jets fans seeking $6 billion due to “false advertising” because the teams put “New York” in their names while actually playing in New Jersey.

Luckily for Neal, the confusion shouldn’t change too much for him as the Giants still get coverage like any actual New York team and he’ll still be close enough to New York City to spend as much time there as he wants. MetLife Stadium is only about 8 miles away from Manhattan.

The only difference is he might have to live in New Jersey while playing for the Giants. I feel sorry for whoever had to break that news to him.