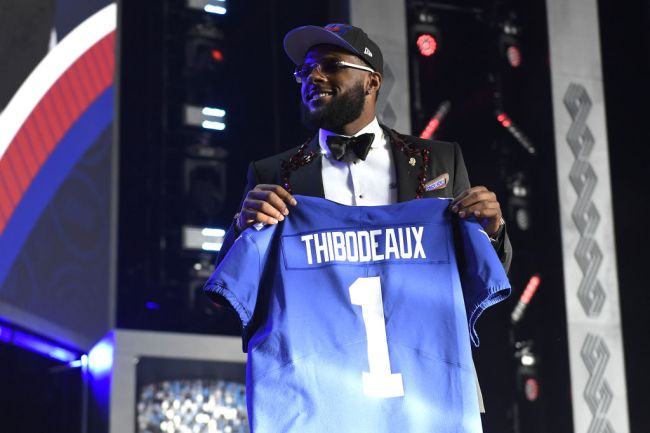 Mentorship in the NFL has surprisingly become a big topic of conversation around the world of sports this week. It all started with Ryan Tannehill saying that he wasn’t interested in mentoring Malik Willis after he was drafted by the Tennessee Titans.

However, it turns out that there are some out there who are more open to mentoring this year’s incoming class of rookies and it will be one of the draft’s top picks who will be receiving some mentorship ahead of his NFL debut.

Today, PFF’s Ari Meirov reported that Michael Strahan has reached out to Kayvon Thibodeaux about mentoring him after the two met when Tibodeaux went to visit the Giants.

New #Giants DE Kayvon Thibodeaux said Michael Strahan met with him when he was on his Giants visit a few weeks ago. Tonight, Strahan reached out to him and let him know he wants to mentor him so he can succeed in New York.

Thibodeaux couldn’t ask for a better mentor as he begins his NFL career. Michael Strahan is tied with TJ Watt for the most sacks in a single season and is 6th all-time in career sacks. He’s also a New York Giants legend.

Strahan was named to the NFL’s All-Pro First-Team 4 times during his Hall of Fame career, was named the Defensive Player of the Year in 2001, and most importantly, led the Giants to a Super Bowl victory when they ruined the Patriots’ perfect season.

If Strahan can help Kayvon Thibodeaux have a career that is anything close to his own, the Giants will look like abolsute geniuses for snagging him with the 5th pick in the draft.