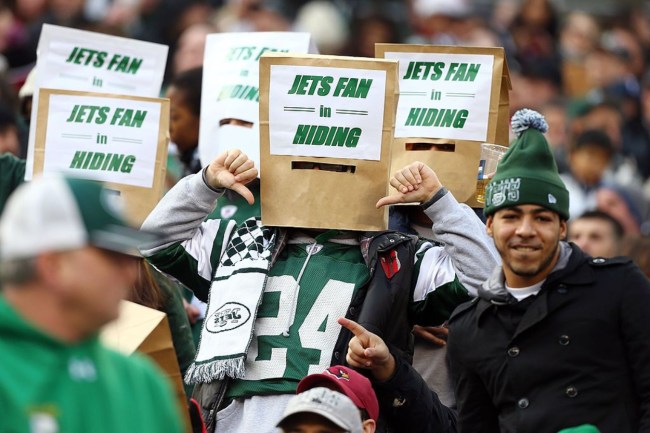 The New York Jets stink. That’s a blanket statement that has been said by millions upon millions of football fans for over a decade now. While the statement is factually correct, it doesn’t give justice to just how bad this franchise has been for so many years.

In order to get a full scope of how bad the Jets have been, we really only need to look at one simple stat and that’s playoff appearances. The standard in the NFL is to make the playoffs. If your team makes the playoffs, then they’re a good team, if they don’t make the playoffs, well, they suck.

Seeing as how the Jets haven’t made the playoffs since 2010 proves that they are indeed the most embarrassing franchise in the NFL and it’s not close.

The graphic below shows that no other team in the league has come close to having a playoff drought of that long since 2010.

Numbers Paint An Even Worse Picture For The Jets

It gets even more embarrassing for the Jets when you break down the actual numbers.

There are kids forced by their parents to be Jets fans walking around New York that are about to turn eleven years old that have never witnessed a Jets playoff game. Barack Obama was President for eight years and saw the Jets make the postseason once.

Since their last playoff appearance, the Jets have posted a record of 63-114, have had exactly one winning season, and had four different head coaches.

Maybe next year is the year, Jets fans.