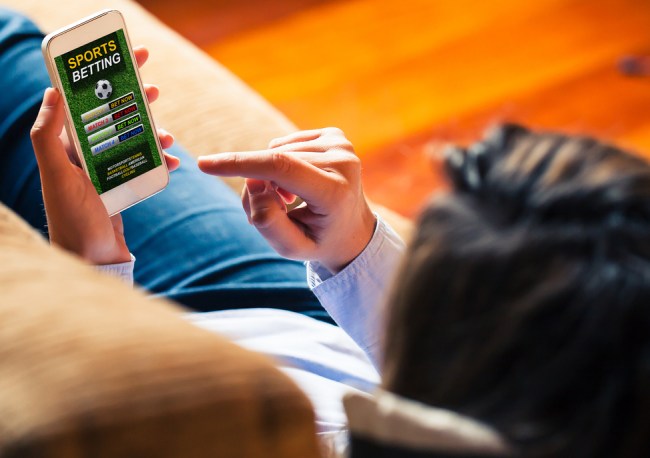 It’s been over two years since the kind justices on the Supreme Court finally made it possible to bet on sports without having to take a trip to a casino or hit up the bookie you have saved as “Pizza” in your phone—which you can now use to wager from the comfort of your couch in a number of states that permit mobile betting within their borders.

As a resident of New York, I’ve sort of felt like a popular girl in high school who’s been forced to sit at the lunch table while watching other people get an invitation to this particular party despite being nowhere as cool as she is, as there’s nothing more frustrating than knowing people in Iowa of all places are allowed to get in on the action while I’m forced to make the dreaded trek to New Jersey if I want to do the same.

While lawmakers in the state have repeatedly dangled legislation concerning the issue in front of their constituents, nothing has come to fruition. However, Andrew Cuomo gave us a glimmer of hope earlier this week when he voiced his support for a measure that would finally make mobile betting legal in the hopes it could generate some much-needed revenue in the wake of the economic fallout related to the pandemic.

Now, we’ve got an idea of what could be in store, as Legal Sports Report says Senator Joe Addabbo Jr. and Assemblyman Gary Pretlow have unveiled an updated version of a proposal that was previously shot down that outlines a vision for how mobile betting could be instituted. Under the law, up to 14 different companies would be allowed to pay the $12 million required to register their platform, with revenue being subjected to levies that are projected to net the state up to $79 million in tax money each year.

As Darren Rovell notes, Cuomo may unveil a plan of his own based on his stated preference to have New York’s lottery commission oversee betting in the state, which hasn’t panned out as intended in some of the other locales that have taken that same approach based on the underwhelming amount of money they’ve been able to generate for their coffers.

With that said, I’ll be happy with whatever plan allows me to finally spend my Saturday getting way too invested in a game between George Mason and St. Bonaventure on ESPN+ in the hopes I can turn $5 into much, much more if my seven-game parlay hits.