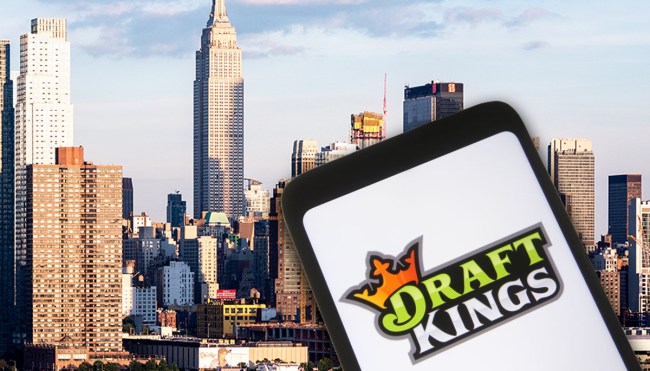 There are plenty of parallels to be drawn between the push to legalize recreational marijuana across America and the recent spike in the number of states who’ve given sports betting the green light—especially in regard to the increased incentive to join the club when it becomes impossible to ignore how much money governments are leaving on the table by declining to get in on the action.

The dozens of states that have implemented mobile sports betting programs have collectively generated close to $1 billion in tax revenue since Delaware opened the floodgates in 2018, and that sum is poised to skyrocket in 2022 as a number of others prepare to follow in the footsteps of those that kicked off the year by giving residents the chance to try their luck.

That includes New York, which allowed five different online sportsbooks to open for business shortly before the NFL wrapped up the final week of the regular season. As I mentioned at the time of the launch, there were questions over whether the 51% tax rate the state levied against operators would potentially put a damper on the excitement, but it’s very safe to say that hasn’t been the case.

On Friday, the New York State Gaming Commission revealed how much money mobile sports betting was able to generate over the course of its first three weeks and, well, it looks like things are working out pretty well for everyone involved. According to MarketWatch, bettors in the state collectively wagered a cool $1.6 billion over that span, which was enough to shatter the monthly record that was previously set by New Jersey with a week to spare.

In just 23 days New York broke the record for total bet in a month in any state post-federal ban, w/ $1.6 billion.

New Yorkers bet more on sports in the first 23 days of mobile betting than any state had ever taken in in a month.

They bet more in a single week than the previous 10 MONTHS of retail betting only https://t.co/EOJzSv0iv5

Is that good? Because that seems good.