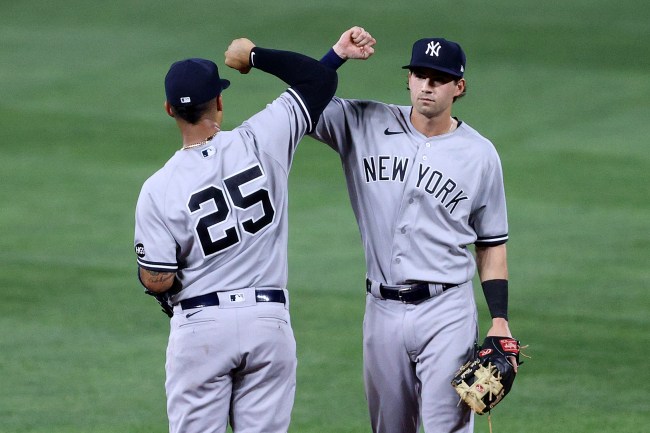 In classic Yankee fan fashion, I wrote an article last week on how it is absolutely time to hit the panic button on the season, and am following that up with an article this week that the Yankees are BACK.

The AL East is a bit of a war zone right now as the Yankees sit four games behind the division-leading Tampa Bay Rays who are no joke. Just behind the Yankees sit the Toronto Blue Jays whose young talent is starting to show the league that they are here to stay both now and in the future. But the Yankees got hit hard with the injury bug throughout the season and are slowly starting to get their stars back, which is not a good sign for any pitcher gearing up to face them anytime soon. After putting up 20 runs in their win over the Blue Jays on Tuesday, first baseman Luke Voit said himself “we’re back to being the Bronx Bombers.”

A big question mark for the Bronx Bombers throughout the season was who is going to step up to be their No. 3 starter as RHP James Paxton joined the list of injured Yankee players. Those questions seem to have been answered in prospect Divi Garcia who has been lights out in his first few games with the team. His poise and confidence at such a young age have rallied this team and been a huge help in their late-season push.

The Yankees have finally seemed to have woken up on both sides of the ball which has been a result of a five-game winning streak heading into their game Wednesday against Toronto. In true New York fashion, I might be back here after a loss to tell you how much they stink, but for now, the Yankees are officially back and dangerous.