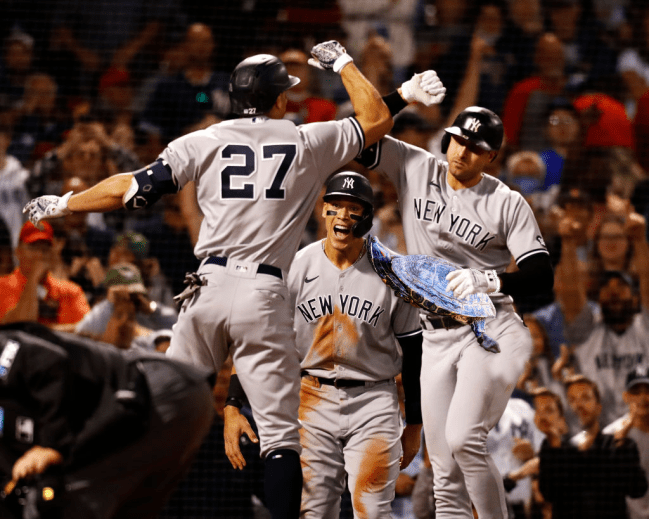 The consistent up-and-down has been anything but consistent. With six games left in the regular season (three against Toronto and three against Tampa Bay), New York sits atop the American League Wild Card standings.

There is not a lot of room for error, however, as the Red Sox sit one game back, the Blue Jays are two games back and the A’s are two and a half games back. The Yankees need to close out the regular season with at least one win over their Canadian opponents to hold the No. 2 spot in the Wild Card with one series remaining, but obviously, it would behoove them to pile on with the Rays on the horizon.

As the 2021 season winds down, the Bronx Bombers have found a unique source of inspiration. A little bit more than a week ago, they got a pet.

Nestor Cortes, a left-handed relief pitcher, led an effort to acquire a turtle from a local neighborhood pet store. Named after its home borough, Bronxie was with the team for its home sweep of Texas and hit the road for a dominant sweep of Boston.

Yankees pitcher Nestor Cortes has adopted a turtle, named Bronxie, who roams the Yankees clubhouse and accompanied the team on their recent road trip to Boston.

Since Bronxie was adopted, the Yankees are a perfect 6-0.

With Bronxie the turtle in the clubhouse, New York is 6-0.

He spends most of his day in a tank and is extremely well-fed. At times, the team lets him out to roam freely throughout the clubhouse.

“Lucky charm, whatever you want to call it; I know a lot of guys believe there’s a connection here,” veteran outfielder Brett Gardner said to ESPN. “At the end of it, it would be great if we could go out and get him a little World Series ring.”

Although Cortes is the main caretaker, quite a few players have grown fond of the little reptile. Others, including DJ LeMahieu, are heavily involved in providing for Bronxie.

Will Bronxie the clubhouse turtle be what puts the Yankees over the edge? Is this the year?