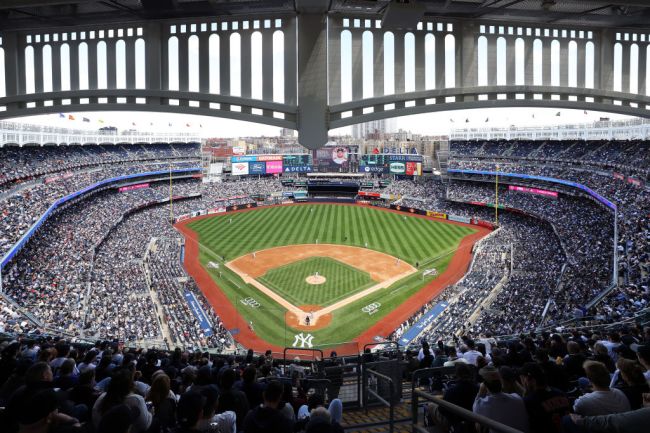 There are some things in life you just don’t do. Pretty high up on that list is stealing from your teammates, especially when you’re a minor league baseball player trying to work his way up to the New York Yankees roster. Unfortunately, that’s allegedly exactly what Jake Sanford did.

Sanford was a 3rd round pick for the Yankees back in the 2019 MLB Draft and had been playing in their minor league system ever since.

Allegations recently sprang up online that Sanford was scamming fans out of money after selling them memorabilia and now it is being reported by NJ.com’s Brendan Kuty that Sanford has been cut by the Yankees for repeatedly asking his teammates for equipment and sometimes stealing it from their lockers.

These allegations raise a number of questions about Sanford’s decision making. First of all, when the Yankees give you a signing bonus worth more than half of a million dollars, what reason do you have to steal, exactly? How could he have possibly needed that money and why would you risk your career for it?

Second, who was even buying this stuff? What exactly is the market for game-used equipment from a single-A baseball game? It’s like he was out here stealing from Aaron Judge. He was allegedly stealing from a bunch of guys you’ve never heard of, with most of them being unlikely to ever play for the Yankees.

It just doesn’t make much sense and now Sanford finds himself playing for the Ottawa Titans in the Frontier League, likely with little hope remaining that he’ll ever set foot on a major league field.