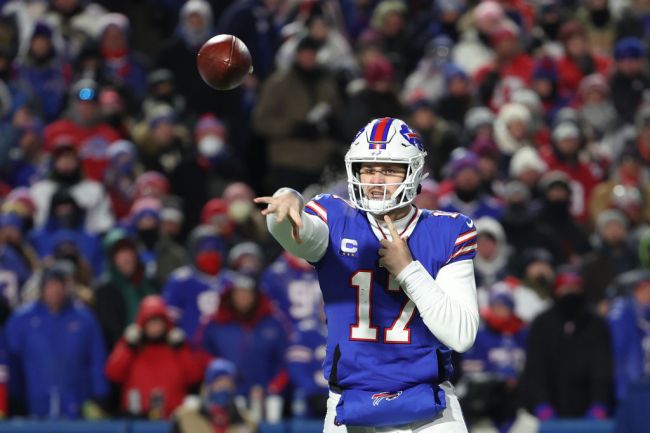 As the Cincinnati Bengals made their shocking run to the Super Bowl, those around the football world quickly began to make outlandish statements about just how good Joe Burrow might be. It attracted attention away from some of the other top QBs in the AFC, but one NFL analyst decided he needed to change that today.

Chris Simms of NBC Sports decided to shift the attention back to Josh Allen today. Simms made the bold claim that Josh Allen is the best player in the NFL.

.@CSimmsQB believes Josh Allen is the best player in the NFL.

It’s a claim that is very difficult to back up. Patrick Mahomes has statistically been better than Allen throughout their careers. Even this past season, Mahomes threw for over 400 more yards, an extra touchdown, and 2 less interceptions.

Then you look at the success they’ve each led their teams to. Josh Allen has helped turn the Bills into regulars in the playoffs, but Patrick Mahomes has turned the Chiefs into the favorite to win the Super Bowl year after year. He’s also already won a Super Bowl, taken his team to another, and made it to 3 consecutive AFC title games.

Between the stats and team success, I’m not really sure how you can claim Allen is the better player and that’s just head to head against one other QB. There’s also another QB who might not be the league’s most popular player these days, but has won back to back MVP awards.

We haven’t even discussed non-QBs like Aaron Donald or TJ Watt.

There is no doubt that Josh Allen is a great player and likely one of the best in the league, but he just isn’t quite the best player in the league.