6 NFL Games To Consider Betting On For Week 7 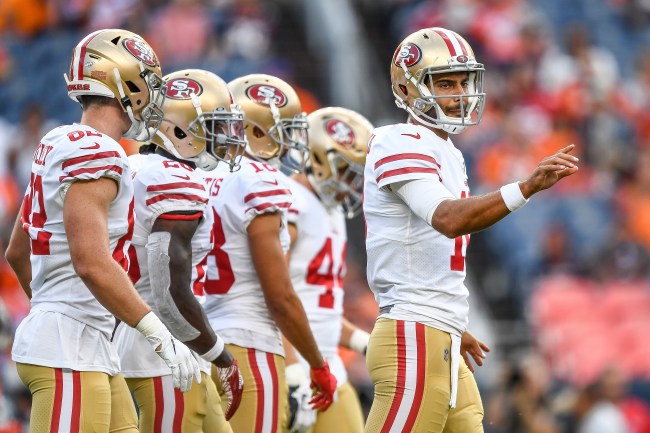 Welcome to Week 7. In all honesty, there isn’t a game I’m too excited to watch this week. It’s mostly bad teams playing each other or bad teams playing really good teams; I’ve picked games from each of those categories.

Still, there are a couple of good divisional matchups that we need to pay attention to spreads to.

After the stellar performance the defense put on the Rams, the 49ers can be a legitimate contender in the NFC.

Washington is coming off a matchup where they played what will probably be one of worst teams in history, and they barely beat them.

I know west coast teams tend to struggle with the time change, but the 49ers are 4-1 against the spread in their last five, their talent will make up for it.

We mostly mock the Dolphins for being bad, but the Bengals can make a case. Although Andy Dalton has led the Bengals to the 11th most passing yards in the league, it hasn’t converted to points as they’re 29th in points-per-game.

The Jaguars are riding a two-game skid, Minsanity was a quiet last week, and they just traded away their best defensive player, but Cincinnati is losing by a margin of 10.3 points this season, Jacksonville can win this game.

The Jets’ offense played really well with the return of Sam Darnold. It’s hard to think they’ll carry that over into this game, even though they’re playing at home.

The Patriots come in at 4-2 against the spread in their last six against the Jets. New England has also outscored its opponents 92-17, and that’s just on the road. The defense has been tough to score on, and they’re going to let Brady get a double-digit win this week.

Minnesota Vikings vs. Detroit Lions (45 Under)

I like how Detroit’s defense has been playing lately, unfortunately, they haven’t won those games, but their defense has kept it close.

Minnesota’s offense has surged over the last two games with 66 points, but the defenses they’ve played (Eagles and Giants) haven’t been good this season.

You add the talent of the Vikings defense, and this looks to be a low scoring game with both teams looking for their first win against a division opponent. It’s also good to add the under has hit in four of the last five matchups of these teams.

Over Arizona Cardinals vs. New York Giants (48.5 Over)

This game has all the potential of a shootout; two offenses that like to pass (each in the top nine in passing play percentage), and two defenses that cannot stop the pass ( New York is ranked 31st, and Arizona is 30th in passing yards allowed per game).

The Giants also look like they will have their two best offensive players in Saquon Barkley and Evan Engram back on the field this week.

Add the fact five of Arizona’s last seven games have gone over on the total, it looks like a good bet this week.

Both are also struggling on offense; as a result, Tennessee has moved on from Marcus Mariota, and this week will start Ryan Tannehill.

I don’t think this will be the prettiest game to watch, but the Chargers will cover and win this game as the Titans struggle to score points continues.