6 NFL Games To Consider Betting On For Week 3 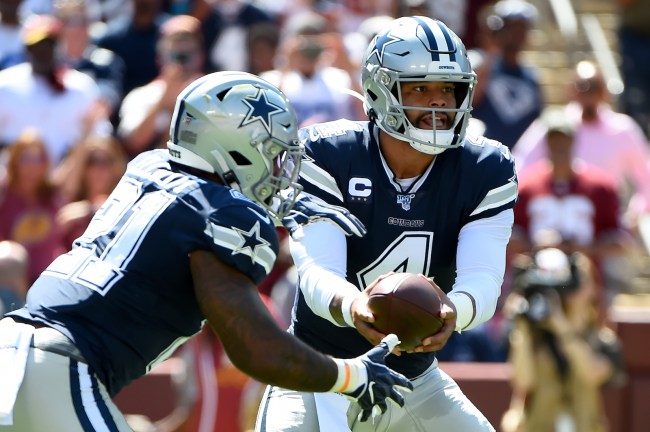 Welcome to week 3 of the NFL season.

We have some exciting games to look at:

Two of the top five quarterbacks in passing yards this season go head-to-head.

Last week we had one spread in the teens, this week we have two…In the twenties!

Let’s take a look at the games you should bet on this week.

If I were to make any game my lock this week, it would be this one.

Jameis Winston hasn’t played well this season, but this will be the game he breaks out.

The Giants secondary is terrible; they’ve given up 658 passing yards and five touchdowns in two games this season. I expect to hear those cannons a few time this week at Raymond James Stadium.

Adding the fact that rookie Daniel Jones will be making his debut on the road. Tampa Bay should have an easy win this week.

The Bills offense has turned around from the third-worst in points-per-game last year to eleventh this season.

Josh Allen has looked an efficient quarterback, John Brown is playing like a top receiver, and Frank Gore, at 36 looks like he drank from the fountain of youth.

Cincinnati is coming in with a high-impact passing attack; ranking second in passing yards-per-game behind Kansas City.

The defense, however, ranks near the bottom of every statistical category.

Buffalo is going to come out attacking in their home-opener with a 2-0 record. They’ll have control throughout this game and give these suffering fans something be excited about.

One Game To Parlay

I told you last week to take the Patriots at -19.5 against Miami, and they won that game 43-0. The Cowboys are another offense firing on all cylinders; scoring 66 points in two games with Dak Prescott second in passing yards.

The Dolphins have been out-scored 102-10 this year, and that was before the trade of Minkah Fitzpatrick. I’m comfortable with taking Dallas giving 21 and a parlaying that with the over.

The Falcons offense looked better in their week two win against the Eagles. They put up 24 points, even while turning the ball over three times. This week, although on the road, they will be playing in a dome, and Matt Ryan always performs better when he’s indoors.

The Colts offense has responded well with Jacoby Brissett as their quarterback. He’s looked more comfortable each week, and the team has played well.

This game has shootout written all over it.

The Bears offense has not played well so far this season; they’re only averaging 9.5 points per game.

The Redskins have been better offensively, but this will be their toughest defensive opponent this season.

Chicago was able to keep Aaron Rodgers in check, they shouldn’t have a problem holding down Case Keenum.

This is going to be a low-scoring game on Monday.

With Cam Newton’s status up in the air, it’s easy to understand why you should be taking Arizona.

Even if Newton starts, he has not played well this year; he’s thrown the highest percentage of passes off target this season.

Kyler Murray has progressed the last two weeks and has found reliable receivers in Christian Kirk and Larry Fitzgerald.

The Cardinals have an excellent opportunity getting three points, but to win this game straight up.