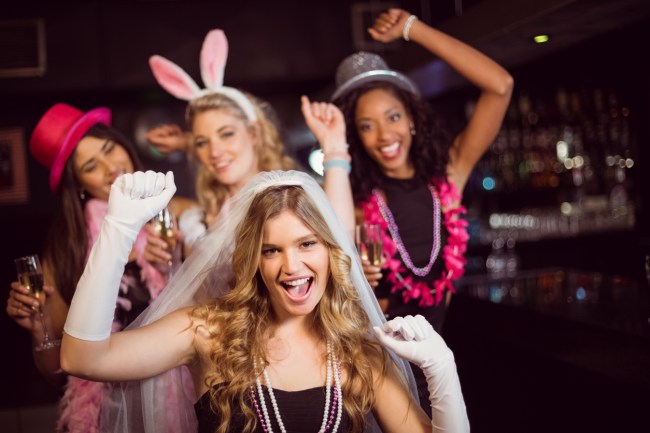 There’s no shortage of things to do in Nashville, a city built on the backbone of country music that’s home to an overwhelming number of bars and a thriving food scene that makes it the perfect destination if you’re looking to get away.

As a result, it shouldn’t come as a surprise that the city also know as “Nashvegas” is one of the top destinations for men and women who are about to leave their single lives behind and it’s hard to walk around without encountering a group of guys or gals sending off a groom or bride-to-be.

As you probably know, last night’s NFL Draft took place in Nashville but there were a number of people who were apparently unaware of that fact—including more than a few bachelorette parties who were not happy to discover they’d rolled into town the same week masses of diehard football fans descended on the city.

On Thursday, a news outlet in Nashville took to the streets to talk to some unsuspecting women who were caught off guard when they descended upon the city and found themselves swimming in a sea of jerseys and surrounded by people who care so much about the NFL they actually paid money to attend the draft.

The NFL Draft ruining bachelorette parties is so satisfying pic.twitter.com/79tOl5Z3Fx

They weren’t the only ones but at least one bride-to-be managed to find some humor in the situation.

However, plenty of other women didn’t see what all the fuss was about.

I lowkey would have intentionally picked Nashville during the draft for my bachelorette because I love football more than pedal pubs. 😂

I regret not thinking of going to the nfl draft for my bachelorette party https://t.co/Hm86iKlJWd

A bride was pissed because the draft was going on during her bachelorette weekend…..

And then there’s me who would probably plan my bachelorette in Nashville specifically to be there for the draft https://t.co/3HJw6lL62A