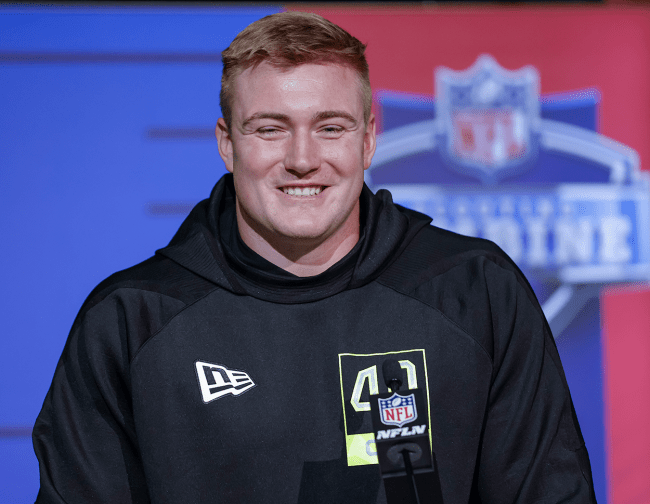 Bernhard Raimann is one of the top offensive line prospects in the 2022 NFL Draft. His journey to the highest level of football is quite the ride and comes with a significant weight transformation that is pure joy.

Raimann was born and raised in Vienna, Austria. He spent the majority of his life in Europe before getting an opportunity to move to the U.S. as an exchange student in Michigan during his junior year of high school.

Raimann started playing football in Vienna at the age of 14 and played tight end in the Great Lakes State while also wrestling and competing as a track and field athlete. While in the States, he earned a two-star rating and a scholarship to Central Michigan.

However, after one year in the U.S., he returned back to Austria for his senior year of high school and didn’t play football in 2017 while serving six months in the military. At the end of his military career, Raimann returned to the U.S. in 2018 and played two seasons with 11 starts at tight end for Central Michigan.

At 6-foot-7, Raimann made the transition to offensive line after two years as a pass-catcher and his draft stock has quickly risen as he rapidly developed both physically and technically. Especially physically.

When Raimann arrived at Central Michigan, he was 240 pounds. During his sophomore year, he was 245 pounds. After making the switch to tackle in year three, he was 290 pounds.

Now, as he expects to hear his name called at the NFL Draft later this month, he is 305 pounds. And he only has room to grow.

As Raimann has packed on the pounds, he has only become more jovial in his annual team photo. 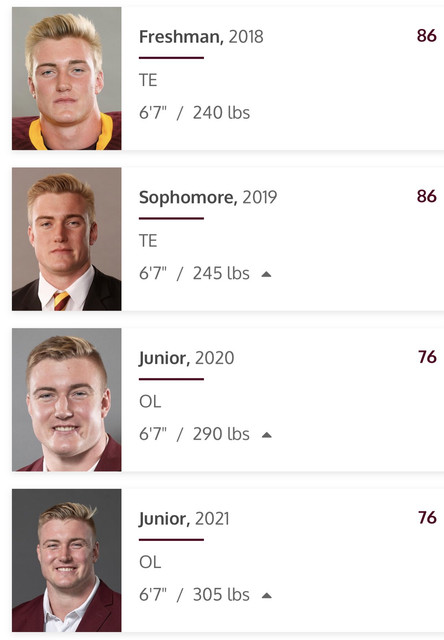 Bernhard is on an upward trajectory with the potential to be drafted as early as the top 15 in the NFL Draft. There are a lot of reasons to be excited about his potential and his increased happiness as he acquires mass is definitely one of them. Big Uglies lead the way!